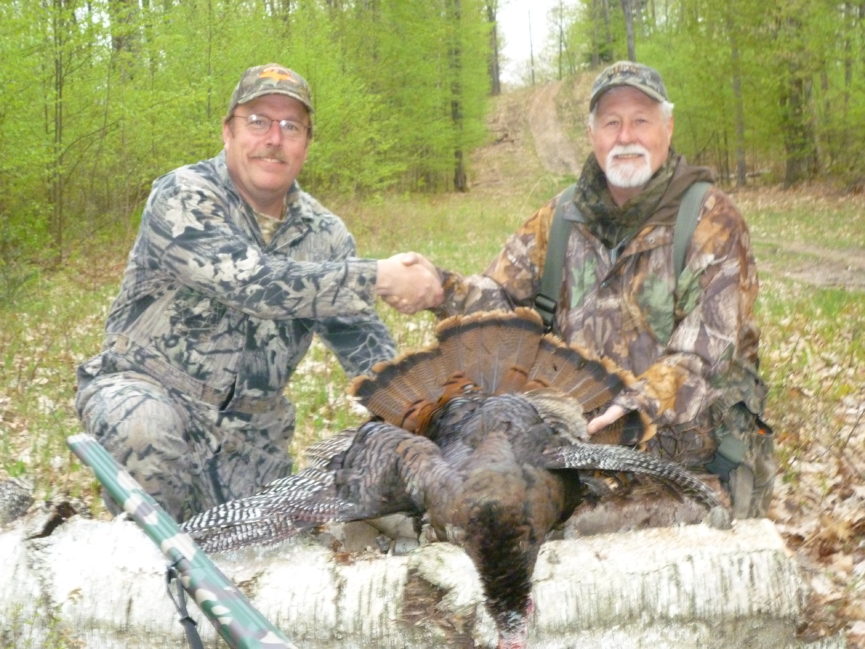 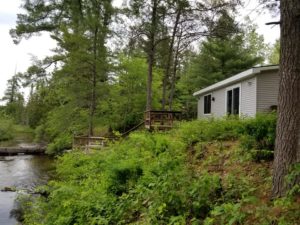 There is no question that spring turkey hunting in Michigan will be forever in my blood, and has been since 1968 when I happened to be one of the 30 lucky recipients to get a special spring turkey license for the Baldwin area, which entailed a metal leg-tag. Turkey hunting in Michigan was in its infancy back then and I had learned about this special hunt from watching Mort Neff’s Michigan Outdoors TV show. Needless to say, I was stunned when a large envelope from the DNR arrived in the mail, and it contained a map of the area I was allowed to hunt, the date, and even some helpful information on how to hunt wild turkeys, which I appreciated because I didn’t have a clue on how to go about matters in this new arena.

Turkey hunting opportunities began to pick up in the northern Lower Peninsula in the 1970’s as certain areas began to have huntable numbers of gobblers, and I was usually fortunate on the draw because I carefully reviewed the number of turkey tags being issued and during what timeframe in a set zone. Because I typically hunted solo (and had the ability to camp onsite in the middle of nowhere) I didn’t have to worry about anyone else’s time schedule. I would also actually learn how to successfully hunt wild gobblers during a process of trial and error.  One of my favorite areas to pursue wild gobblers would be around Fairview, and I sure loved to “run and gun” in the very woodsy and hilly terrain found there.

During those early days, turkey hunting was strictly a morning only affair with a shutoff time of noon. This would allow me to do other adventures in the woods which included morel hunting and some relaxing fishing opportunities to assist my camp larder. I would catch my largest bluegill ever (before or since) with a fly rod in an isolated and small kettle lake I had happened upon while running and gunning for wild gobblers. I knew the bluegill was most likely a “Master Angler” fish, but I ate it anyway, which was delicious when I fried it in butter with fresh wild leeks and morels. I also went canoeing one afternoon on the Thunder Bay River and had my first Michigan black bear encounter. I was rounding a bend in fast water when a large, black head and shoulders popped up out of some tall ferns lining the riverbank. I thought it was a large German Shepherd at first glance, but when we locked eyes, I knew it was a bear, and then the brisk current whisked me quickly by (I do believe the bear was as stunned as me at the suddenly brief and silent encounter).

Spring turkey hunting would remain an outdoor pastime in strictly northern Michigan during the 1970’s and most of the 1980’s, but other areas would eventually open up as turkey numbers became viable enough to do so. I was on hand and witnessed the first wild turkey release in the Thumb during the mid-1980’s, and remember the first Thumb area spring turkey hunt in the early 1990’s. Being able to pursue wild gobblers close to home certainly worked for me, and my annual spring wild turkey sojourns to northern Michigan would take a hiatus of sorts. 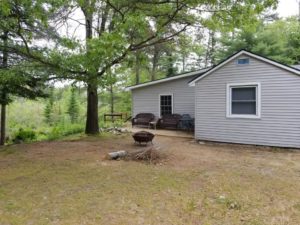 Then in the spring of 2015 I received an invitation from Gary Morgan, who owns and operates Wild Game Dynasty (www.wildgamedynasty.com), to join him on a turkey hunt in the Atlanta area. Morgan runs guided hunts for wild turkeys, deer and black bear around Atlanta, as well as for deer and black bear near East Lake in the Upper Peninsula (located just south of Rudyard). His Atlanta “turkey camp” is a comfortable cabin located right next to Crooked Creek, and at the end of an isolated trail. There was no question in my mind that the cabin’s backyard alone, offered excellent turkey hunting opportunities, as turkey sign was evident all around. However, I was there to once again run and gun gobblers in a rolling and woodsy terrain, which Montmorency County has a plentiful bounty of. The marvelous topography found there actually reminds me somewhat of the Smoky Mountains.

One evening during our 2015 hunt, Morgan and I went to a particular public land spot entailing a very steep and tall hill, where he was certain a bunch of gobblers were roosting in some tall trees at night. If they were, we would setup on the hillside (which, due to my rough mileage knees, I would dub “Heartbreak Hill”) before daybreak the following morning. We were in the process of almost sending out an owl hoot to shock any roosting gobblers into responding, when we spotted an orange cap moving through the brush, and assumed it was a morel hunter. Then a German Shorthair Pointer spotted us and started barking the alarm that strangers were around, to his master in the orange cap. This is when we discovered that a dog suddenly barking makes a great “shock call” for roosting gobblers, because the whole hilltop lit up with a crescendo of gobbles.

The man in the orange hat and his friendly dog (named “Joe”) came over to us and we shook hands and had a friendly chat. It turns out John Jones is also an Atlanta hunting guide for wild turkeys, elk and (Red Oak) black bears ([email protected] ), although he and Gary Morgan had never met before. When Jones found out what we were about, he asked us if he could join us on the hunt for the hilltop gobblers in the morning, and he volunteered to do the calling. Well folks, you develop a certain instinct when meeting total strangers, and Gary and I both automatically liked Jones and knew he was the genuine article. It was a very fortuitous moment caused by sheer chance for all three of us.

Nothing beats being in the company of two seasoned and skillful hunting guides, and my gobbler was down for the count right at the middle of Heartbreak Hill shortly after daybreak. The fact is, Morgan, Jones and I have been very good friends ever since. Needless to say, I was truly looking forward to our reunion recently for possibly filling my (234) turkey tag in the beautiful rolling hills of Atlanta. It was a team effort which began with lunch prepared by John Jones’ wonderful wife, Barb, at their beautiful and isolated home on a steep hillside in the woods, and the meal featured a recently harvested (by John) wild gobbler as the main course. In fact Barb Jones would continue to take care of our meals in a warm and very family style way I much appreciated.

Now you might think hunting with very skilled guides who know the quarry and the lay of the land makes it a slam-dunk affair, but hunting after all, is hunting, and there are no guarantees in the real world. During my hunt we encountered frequent rain and high winds, and unresponsive gobblers remained silent and were obviously henned-up (continually shadowing receptive hens). We spotted a number of gobblers in open fields, and we circled around through the cover to get as close as possible and setup to call them into range (for my vintage Winchester Model 97 12 ga), but the gobblers stood silently pat and remained with the hens feeding nearby.

Actually I’ve seen this gobbler cool down period happen before, especially during the late turkey season, but give it a day or two, and matters can heat right back up again. Unfortunately it didn’t happen during my hunt. On my last afternoon however, we did spot a nice gobbler flying up into a tree on a riverbank to roost for the night. Predawn darkness found Gary Morgan and me in a calling position about 100 yards from the roosting bird. As daylight dawned I could vaguely make out the gobbler resting on a limb, and then the torrential downpour hit for the next 2 hours, and the gobbler remained affixed to the limb through it all.

When the storm ebbed, we began calling in the hopes of the gobbler flying down and landing in the clearing we were on the edge of, as it was a logical spot, at least in my eyes. However I began to spot turkey hens easing through the cover nearby, and when the gobbler left his tree, his landing site wasn’t anywhere near us. That’s hunting, and my Atlanta hunt was over, but what a great time (including a bull elk encounter) in the turkey woods shared with good friends.

Before leaving, I joined John and Barb Jones in their side by side ATV for a site seeing tour of Atlanta’s rolling hills near their home. Elk sign was everywhere and the view from the top of very tall hills was spectacular (one site is called “Top of the World”, and the valley below features the headwaters of the Black River).

There is no question I’ll be returning to the rolling hills of Atlanta for more outdoor adventures as it offers its own distinct and unique atmosphere like no other.