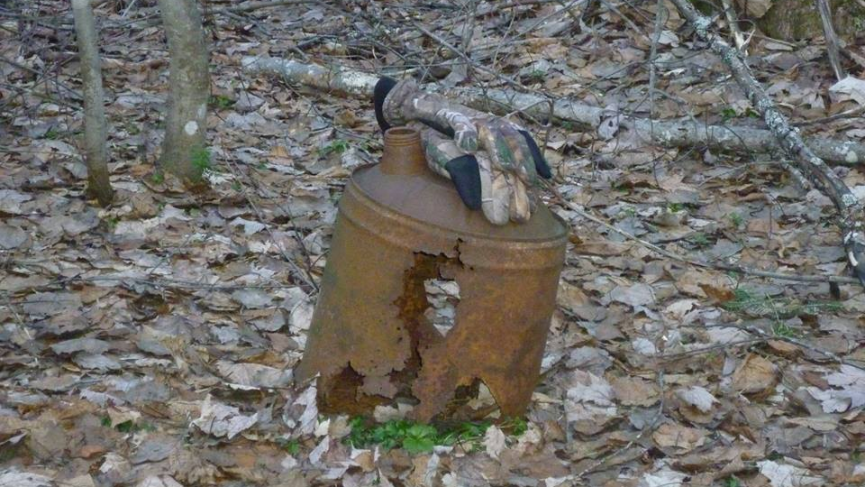 Early fall black bear hunting has been a passion of mine for over 30 years now, and I love the entire atmosphere of a bear camp, whether it is in a simple tent under some primitive conditions, or in a cabin with all the amenities. Personally, the older I get, the more I appreciate the latter form, although I’ll take whatever I can get to be a part of bear camp.

Bear camp shares all the similarities of deer camp except for the daily timeframe for hunting. Unlike deer camp where you are out and about before the crack of dawn, the prime time for black bear hunting is usually in the afternoon right up until it gets dark. Suppertime in bear camp after a hunt is usually at a late hour, which is fine by me, and I do enjoy the relaxing mornings until it is time to head out. You have time to fish, read a good book or do whatever before hunt time.

Using hounds for bear hunting may offer quite a different atmosphere and I do plan on giving that time honored pastime a whirl sometime but thus far, I’ve only hunted black bears over bait, and bears generally come into the bait later in the afternoon and often closer to at dark. Hunting black bears over bait is very typically a waiting game for several hours until quitting time arrives each night.

I was very fortunate in getting drawn for the first (starting September 10) Michigan bear season in the Upper Peninsula’s Newberry Bear Management Area, and I made arrangements right away to hunt with Gary Morgan, owner of East Lake Outfitters (www.eastlakeoutfitters.com ). I learned way in the beginning that it is wise to go through a hunting guide when it comes to black bear hunting over bait because they know where the bears are and have an ongoing baiting program that can be quite time consuming and costly if you did it yourself.

Gary Morgan targets bigger bears in the Hiawatha National Forest and this can require some work on the part of the hunter because getting into the baited sites can require a bit of a hike sometimes (he also has baited sites to accommodate those who wish not to hike so far and he uses trail cameras at all sites to know what bears are coming in and at what time). Being a seasoned bird hunter with dogs, I wasn’t concerned a bit with any long jaunts in the woods, just as long as I knew where I was going.

A couple weeks prior to my hunt, Gary Morgan emailed trail camera pictures to me of a bear at a spot he called the “Gas Can” site. It was a large black bear with a distinct blonde snout, and he was a late comer to the bait due to the time printed on the picture, and it all worked for me despite a bit of a hike in. I would refer to the bear as “Gas Can” from then on.

Gary Morgan’s bear camp is located on the shore of East Lake which is just a short half hour drive north of the Mackinac Bridge. It is a comfortable cabin that offers all the comforts of home including good meals and a warm atmosphere filled with lots of camaraderie. This is where I met my fellow bear hunters who also happen to be from the Thumb, Gary Muska and Franz Wilding, both of Caro. They are avid bowhunters using compound bows, and both have taken bears before in this manner (Muska took a rare cinnamon color phase “U.P.” black bear in 2007).

My selected bear hunting arm is a scoped Freedom Arms .454 Casull revolver (ported and customized by Ken Kelly of Mag-Na-Port, www.magnaport.com ).  The ammo I used is the Cor-Bon 325 grain A-Frame that packs a punch and offers both worlds of expansion and superb penetration. I’ve been using Cor-Bon ammunition for almost 30 years now and truly appreciate its very dependable performance for handgun hunting (www.corbon.com).

To reach my hunting site required a half mile drive on a two-track off a back road. This was followed by a 30 minute hike (I’m guessing about a mile and a half) down a winding foot trail through intense cover that included going over or around fallen tree trunks. My guide on this first hike in was Ross Chambers of Bay City who enjoys assisting Gary Morgan in the hunting operation which includes hauling bait into a number of sites on a daily basis. Eventually Ross pointed out a rusty 5-gallon gas can left behind by loggers many years before, which marked the spot to turn off the trail and go to the blind about 60 yards in.

It was a beautiful spot with an Ameristep ground blind placed on a brushy knoll overlooking the bait site 40 yards away, which was a very doable range for my revolver (with a 10 inch barrel) topped with a 2X Leupold scope and resting on a monopod (“Trigger-Stick”) for accurate shot placement. The blind only had one window partially unzipped to a small slit to offer a view of the bait site covered with logs (barrels can’t be used on public land). All other windows were left closed which I appreciated in regards to scent retention, and black bears rely heavily on their acute scenting capabilities. The blind was the perfect “hide” for getting a shot at a wary, big black bear.

Once I was situated, Ross Chambers headed back out and had let me know reflective tacks placed on tree trunks would guide me out in the dark, which I truly appreciated knowing, because getting turned around after dark that far back in intense cover isn’t a pleasant prospect. Although I had a compass (actually two) and knew I could eventually reach the back road, it no doubt would be a bit of an ordeal due to terrain, countless deadfalls and obvious bogs (no straight line travel here). So I decided, if I did get turned around, I would simply stop right where I was, clip a strobe-light on a branch above my head, turn my ThermaCell on to keep the mosquitoes away and hunker down until my guides found me (when I didn’t arrive back to the cabin in a timely manner).

Cell phones by the way, do not work well in this neck of the woods (except by a booster in the cabin) and a hunter last year trying to use his GPS, couldn’t make a connection. For some reason, texting will go through, sometimes anyway, but I don’t text and have no desire to even try.

There are places in this world where some modern contrivances take a back seat and that works for me.