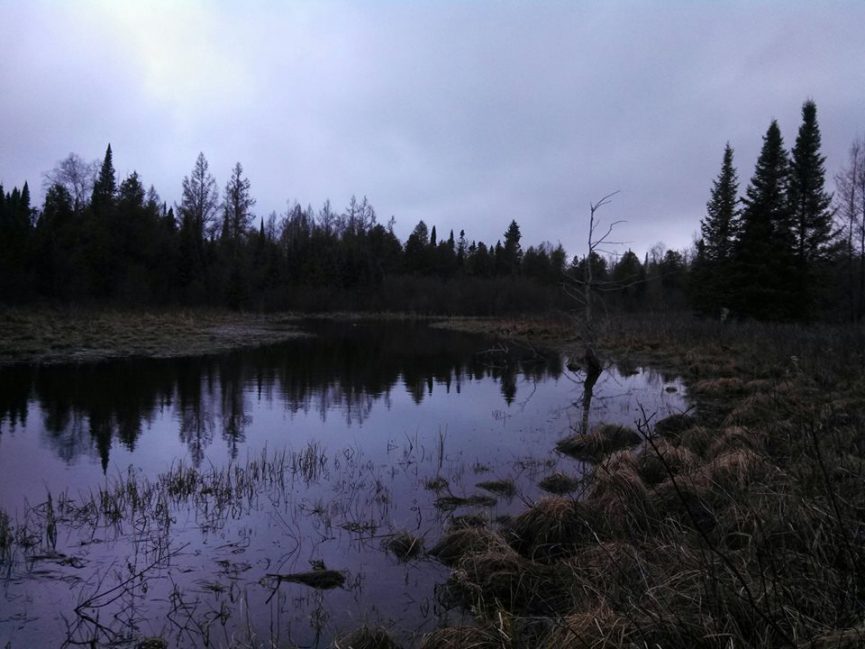 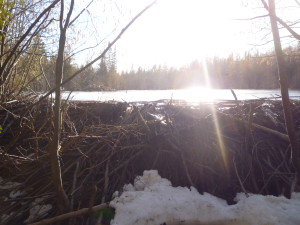 We all know a successful outdoor experience begins with adequate preparation…or, ‘scouting’ as it’s called by most hunters.  Scouting for bear hunting season is without exception.  My brother and I, (both guides & outfitters) talked about how scouting has changed.  Using Google maps, online topography, etc. along side of our traditional ways is now commonplace.  Our “pre-scouting” before going out-of-doors is critical, thus, our efforts likely begin months ahead.  Synergize our knowledge of the area with new technology and this gives us more than a visual of the area before our boots are on the ground.  Combine your online scouting & field experience and you’re a step ahead.  Let’s waste no time in the woods.

A few years ago the two of us made a huge effort to advance our online scouting, taking copious notes of our findings.   Once spring broke we headed north to our long-weekend gig.   There’s always plenty of necessities to take along, but none more important than our backpacks…inside: GPS, drinking waters, energy snack, first aid, cell phones, a compass, etc.  I always carry a sidearm, but always check your state and local laws beforehand.  One thing for sure – commensurate your physical shape with your work ahead.  Remember, be prepared.

As always, our arrival at our northern retreat greeted us with some long-awaited chores.  We ‘triaged’ our way into sunset, which gave us a nice feel of scouting ‘eve.  Our sleep-on-it way of prepping daybreak was full of anticipation like any opening day of hunting season.   Like a treasure map, we had a starting point…our first area to look over.  With a bunch of areas in between, there was also an ending point.   We usually had a good sense of how long each area would take.  This gave us an (overall) estimation of time spent each day between sunrise and sunset.   Funny thing, keeping track of time out in the bush never seems to matter much.

Experts all seem to agree bears need four things to adequately survive: food, water, security and space.   I agree if you find an area with those four items you’ve likely found a good bear habitat.  I also strongly believe there are so many other factors in putting together a productive bear (bait) hunt spot…not just a “bait them & they’ll come running” approach.  This is where your understanding of the lay of the land is critical.  Are you aware of the predominant winds during the hunting season?  I remember a few years back finding a wonderful spot.  After I took care of the set up I thought it would be a cat’s meow.  That year proved a bust for that spot.  A beaver pond in the area caused the bears to naturally skirt that pond in a downwind area of the tree stand.  As stubborn as I am I kept baiting it “as is” for the entire season.  At the conclusion of the season I complete what I call an exit interview of each spot.   With a large circular walk around the area of the blind/bait I get a sense of “what’s up.”  This time I concluded I had not done my due-diligence.  Next year my knowledge of the area would come in handy.

Sometimes I find certain areas just tickle my fancy.  That, by itself, can lead to meaningless results, if not careful.  I recall one year chatting with the up-north neighbor after a weekend of bear scouting.  We ‘chewed the fat’ for a bit.  He then quipped about seeing a bear cross the road at a certain spot several times in the last few weeks.  He went on to describe, saying “it sure looked like a dandy.”  The next day I drove to that area.  Yep, right on the shoulder of the road were fairly fresh, large bear tracks.  I liked the idea I didn’t see a smaller set in accompaniment.   I parked my pickup, grabbed my backpack, took a compass reading and headed north into the thicket.   As usual I began making my circular trek.  About 300 yards inward I nearly stepped in an abundance of bear scat.  It was easy to see why, as there was an isolated grove of six or eight large oak trees.  Those trees had dropped an abundance of acorns.  The sign also indicated the deer were frequent visitors.  I was unaware this oasis existed.  I continued my circular trek to make my way back out to the road.  I did the same on the other side without similar results.   Back at the road with the tailgate lowered I set up office.  My topographical map did show a small water-type source on the backside of the acorn oasis.  “There she be,” I thought…the four necessities of a bear habitat.   My one concern:  way too close to the road.  This place was not tickling my fancy, but sure had the makings of a good bear hunting set up.  Sure it was close to the (dirt) road, but the sign was undeniable.   As a matter of fact the approach walking west from a distant place to park was nice, too.  The oak canopy provided a natural shooting lane.  As it turned out the water source was a spring fed marsh about 200 yards further in.  I decided my approach to bait would be upwind from the hunt stand area.  As you can imagine the bait was hit within days.  Once the trail camera proved a nice bruin I trimmed a 45 yard shooting lane.  I resisted walking over to the hunt stand area…thus, planning to put the ground blind in place the first day of the hunt.  Overlook nothing.  Scent is everything.

With my brother cooking breakfast my morning routine included putting our backpacks in the pickup along with a cooler of extra waters.  Back inside, he had our ‘treasure map’ spread across the kitchen table with our coffee cups filled.  We both had our breakfast devoured before our first sip of coffee…but, not before we had each area numbered in the order in which we would scout.  About half of our spots were annual repeats.  Our most productive hunts spots were last year’s most productive spots.  Unfortunately, not all spots deserve to be recycled.  Our first visit was the spot not far off the road.  My brother had a nickname for each spot and named it ‘Stanley’ after the up-north neighbor that gave us his own scouting report of the area.  Our fine-tuning included reapplying some reflective tacks, a snip or two inside the shooting lane and mainly a trek down memory lane.  Our final lap of the area assured us no other hunters had considered the vicinity.  By the time we reunited with the pickup two hours had lapsed and we were parched.   At the end of daylight we knew our ambitions were tapering.  That evening our ‘next day’s plan’ was all but carved in stone.  The only thing standing in the way of our final preparation was the remainder of the Detroit Tiger baseball game.  Lions, Tigers and now bears!  Oh, my!