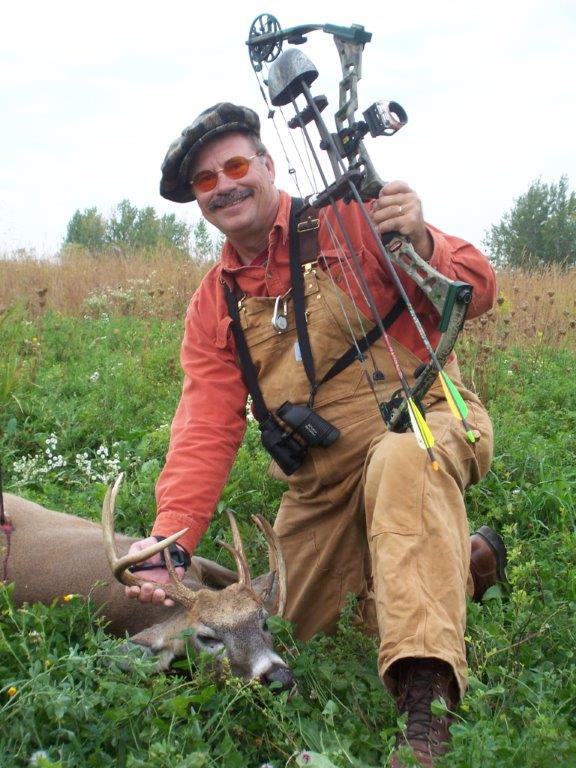 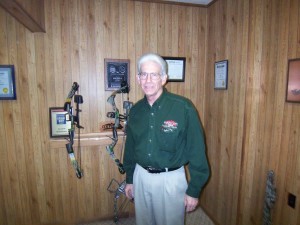 When August arrives I can feel an annual bout of bow season fever coming on, because with summer winding down, I know the Michigan archery deer season which opens October 1 isn’t all that far away (and the older I get, the faster time seems to fly). It is the key preseason time frame to get all of my archery equipment checked over and start doing some dedicated shooting practice.

I’ve been avidly bowhunting local whitetails for quite some time now, mostly with traditional archery tackle involving recurve bows and longbows, and feather-fletched wooden arrows. It was more than 35 years ago when my bowhunting buddies began switching to the newly designed compound bows, but I was plenty happy with the utter simplicity of my traditional archery tackle and I stuck with it (the Allen/Jennings compound bow that first came out in 1969 would begin to change the face of archery forever).

Time however, has a way of catching up to you, as do matters such as an old shoulder injury. When you start coming to a full draw with a high-poundage longbow and a shoulder joint pops loud enough to spook the nice (actually quite nice) buck you are lining up on, it is time to seek a change in the archery equipment being used. I fully took the compound bow plunge in 2007 and immediately decided I would go with a Made in Michigan Darton bow.

To thoroughly review matters beforehand, I made a trip to the Darton facility located on the outskirts of Hale. This is when I first met Rex Darlington, owner of the family business and a well known pioneer and innovator in the archery industry (he’s been at it since 1958 and Darton Archery is celebrating 65 years this year).

I learned a whole bunch about the manufacturing process of compounds during a tour given to me by Darton sales manager Ted Harpham, and I was very impressed to say the least. I also learned from Rex Darlington how compounds truly function and the bow I ended up using that October was Darton’s “Pro-3000”.

Getting to know that compound bow with its sights (including a string peep and various colored fiber-optic pins) and a string release during the preseason was a true learning experience, as using it was a bit different from my long used finger drawing, canted bow and instinctive snap-shooting style. This compound bow’s 80% let-off when coming to a full draw however, was far easier on my shoulder issue (traditional bows reach their maximum poundage at full draw and with absolutely no let-off) and I had a great time getting fully acquainted and melding with everything.

What really impressed me was the acute and consistent accuracy that I achieved, and at some amazing yardages too. Using a good release with a proper trigger was something I discovered right away is a real key to the consistency, besides a quality made compound bow and carbon arrows. I would use the Pro-3000 that October to arrow a buck with an unusual rack that I had previously dubbed (per scouting) the “Cactus Buck”. The range was 39 yards, the furthest I had ever attempted with a bow on a deer, and the arrow flew quite fast and true to the mark according to the correct sight-pin. I’ve been sold on the Darton Pro-3000 ever since (when something works so well, I hate changing), despite vast improvements in compound bows that keep steadily evolving each year.

Rex Darlington is definitely a major force in this continual evolution and he places an emphasis on advancement in cam design. What he explained to me is that the power is in the cam, and not the bow’s limbs. Shorter limbs actually work better (but must be able to withstand the increased power) with cams, thus creating a lighter and more compact bow that is faster and quieter than ever. Today, my 8-year old Pro-3000 is truly outclassed by this steadily advancing technology as Rex Darlington keeps chugging away, and I’m always curious as to what he will come up with next.

An example of this is Darton’s new DS-3900 compound bow that I recently read the specs on. Weighing only 4 pounds and with an axle to axle length of less than 34 inches, it can send an arrow at 355 fps. That is certainly phenomenal performance in a very compact package and it is sending an arrow just as fast, or faster than most crossbows.

Rex Darlington has also combined the advancing technology to crossbows as well (Darton began manufacturing crossbows in 1999). Today’s Darton crossbows are lighter and more compact than ever (check out the “Rebel” or “Scorpion”). When Michigan first allowed using crossbows during the archery deer season in 2009, I immediately purchased a Darton “Lightning” crossbow and was very impressed with its performance, and the advantages were evident at the beginning. To start, a cocked crossbow is already at full draw when a deer arrives and it also offers excellent stability for shooting. Besides the three points of contact (shoulder and two hands) identical to a long gun, it can be readily braced on a rest or shooting sticks and also shot from a prone position. Kids are also on a level playing field in the energy department.

These however, are the only advantages of a horizontal bow over a vertical bow. The disadvantages of a crossbow are that they can often be front-heavy, making them somewhat cumbersome, and they are slow to reload, making them a one shot option. I can reload a muzzleloader faster than I can a crossbow. Horizontal bows also don’t hold a candle to being as quiet when fired as vertical bows. I have found certain hunting conditions work better with one or other of the types (horizontal versus vertical) and I practice and hunt with both to meet my needs (crossbows are marvelous at static positions such as blinds and tree-stands  and I prefer my Pro-3000 compound bow for more mobile still-hunting applications as well as a static position). Both types work fine for me according to my mood and hunting method on a given day, and both are close range hunting tools.

Last year I began using Darton’s newly developed “Scorpion” crossbow which weighs nearly 3 pounds less and has an axle to axle length 10 inches shorter than my ’09 “Lightning” crossbow. I took a nice 9-point with it last November and the lighter weight and more compact nature while improving performance clearly defines the continual evolution of compound bows and crossbows.

All this archery evolution aside, getting an annual bout of “bow season fever” is a malady I always look forward to and thoroughly enjoy.

For more information, go to www.dartonarchery.com