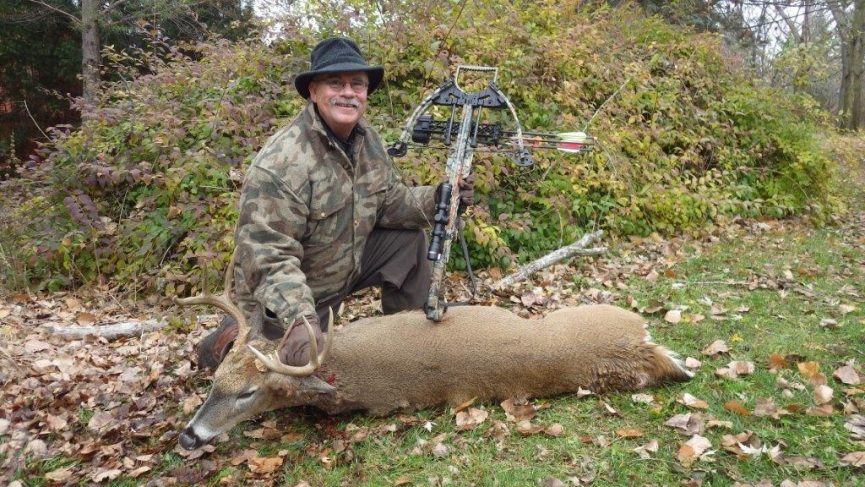 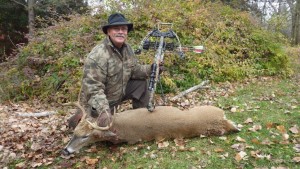 I enjoy watching old black and white movies and one of my favorite actresses was the late Marlene Dietrich, who was born in Germany in 1904. She starred in quite a few U.S. movies during the 1930’s and usually had an opportunity to sing with her unique voice that offered a deep and sultry nature to it. With Marlene in mind, I try to imitate her inflection when I duplicate a doe call, and when it comes to calling deer, inflection I have found after over 30 years of deer calling, means everything towards success.

There are a lot of deer calls available today and something new is always popping up, along with instructive videos on deer calling, all of which I think is fantastic. There wasn’t that much of a selection in calls or information on how to use them when I first ventured into it. For me, it was pretty much a trial and error enterprise.

One thing I discovered early on was that I had to use the correct deer “language” during the pre-rut, actual rut, and post rut. For instance, using a “doe in estrus” call long before any does are coming into estrus doesn’t usually work and using very aggressive and loud “buck talk” can sometimes have an adverse effect. I prefer to keep matters simple and try to follow the mood of local whitetails according to the timing of their typical phases leading up to and through the rut, as well as their ongoing behavior I sense through actual observations in the field.

A favorite deer call I use is the H.S. “True-Talker” that is a durable rubber tube with a soft concave portion near the mouth-piece that allows me to cover most of the deer repertoire with simple finger placement, and of course inflection. When the timing is right, I like to use my “Marlene” inflection which is a mature doe looking for a good time. I will then throw in a series of “young punk buck” tending grunts. This has worked for me on many occasions by drawing in some rather nice bucks that didn’t appreciate any young bucks moving in on a hot, mature doe.

With the regular firearms season less than a week away, I instinctively felt it was time to deploy “Marlene” and of course with her eager young suitor as well. And the early morning wind direction was perfect for the hunting site involving a ladder-stand I wished to use. I always approach such locations in a stealthy as possible manner, even in the predawn darkness, and once in place, I patiently wait for shooting light.

My hunting arm was Darton’s new “Scorpion” crossbow which is light, compact and very effective (my young grandchildren even enjoy shooting it). The Scorpion combines several admirable features of other Darton crossbows (including a very accessible and ambidextrous safety) and it is a very handy piece in the hunting field I’ve grown to fully appreciate. This would all come into play shortly after daybreak when I performed my series of calls.

The buck suddenly materialized into view 18 yards away, and he was a bit riled, with his back-hair standing straight up and ears flat against his skull. With multiple tines protruding up from wide and heavy antlers, I could tell from the get-go he was a huckleberry for me. I was in slow motion shouldering the Scorpion when the buck’s ears perked back up and he looked straight up and directly at me in an intense manner. I froze in place for what seemed like a long time, and then the buck brought his gaze down to pan the area below me, trying to locate the young punk buck he wanted to slap around some, and the mature doe he wished to steal away and court.

Not seeing anything, the buck’s ear’s flattened against his skull and he lowered his head and began a mad, frenzied pawing of the ground with both front hooves. I knew it was a now or never proposition on my part because bucks don’t achieve that size by hanging around too long when matters don’t seem just right. He was quartering towards me and I ran a deer’s anatomy through my mind as I completed shouldering the crossbow and placed the scope’s crosshair on the exact spot for a precise shot placement, and I eased off the safety and touched the trigger, all in a fluid motion.

The buck whirled and bounded straight away at the shot, and thanks to the Lumenok arrow (aka bolt), I could tell the shot had been placed exactly where I wished, buried clean to the fletching at the base of the neck, and slicing through both lungs on its way to bury into a rib on the off-side. The deer had performed what I call the “death-dash” with head lowered and tail twirling as he quickly disappeared into the heavy cover, and I was certain the (100 – grain) 3-Blade Muzzy broadhead had done its part, but just the same, I sat back and waited awhile. Deer are tenaciously tough critters, and I have discovered that it doesn’t pay to make hasty assumptions.

I began my tracking job right at the ground impression the buck had dug up and not far from it I spotted a heavy blood-trail, despite only an entry broadhead-hole on the deer. It was obvious lung blood-spray from the buck’s nostrils, and I found this to be a very positive fact as I proceeded carefully on. It was an easy trail to follow for 40 yards with the buck lying dead at the end.

The wide-framed 9-point had been a real scrapper with an obvious attitude and featured a broken (right) brow-tine, and I was very pleased with all his character, while I thanked the Almighty for such an opportunity. I was also quite thankful that seductive “Marlene” had struck again.

For more information about (Made in Michigan) Darton crossbows and compound bows go to www.dartonarchery.com .