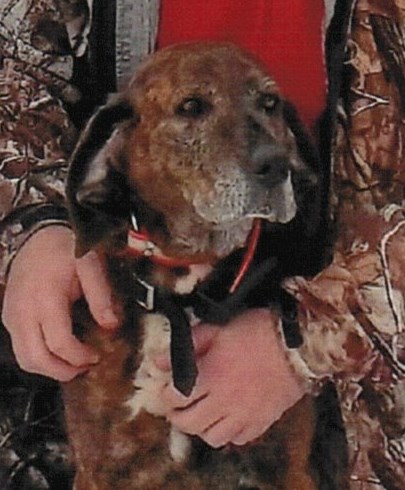 Each year mid-winter brings a batch of new excitement.  For me, it’s the time for some tweener stuff.  My fall hunts for clients are behind me, but the turkey hunts are calling off in the distance.  So, with that in mind, I reconnect with cross country skiing and most anything with my family…especially, my wife.  Well, when I was invited to spend a day bobcat and coyote hunting not far from home I couldn’t hold back.   I don’t think my wife had the same response…but, it was only ‘a day’, eh.    Besides, it was time for me to be ‘the hunter’ and someone else to be the ‘guide’.  The guide, Darrell Bluimlien, of Prescott, MI explained that he and I should begin watching the weather report for an overnight light snow which is a great setting for an early morning predator hunt.

That day arrived and I headed to meet Darrell only to intersect a strong snow squall just before arriving.  Darrell explained the last minute snow will present a challenge for bobcats.   We headed out with his walker-hound, Marlin, in an effort to predator hunt.   Marlin showed his skills within minutes…flushing out three coyotes right away.   As the chase ensued Darrell explained how he uses his GPS device while also listening to Marlin’s vocals.  By the time high noon came and went we had chased a handful of coyotes, covering several miles.  I had a couple of shot opportunities, but resisted…waiting for a closer kill shot.  As the afternoon peaked our time was past that point.  As it turned out, another opportunity arrived, but my 20 gauge #4’s just couldn’t reach out and touch the ‘yote.  We were both ready to call it a day.   Like a true hunting dog, Marlin would have loved to keep running.   I even remarked to Darrell that Marlin had that look of disappointment when walking back to the vehicle.  “He hunts at least five days a week and would hunt eight days if it were possible”, says Darrell. 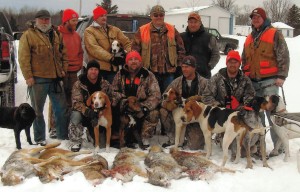 As we chatted while driving back Darrell brought up a recent story about one of his fellow predator hunter/guides.   He explained his friend, Chad Malcolm, had a hunting dog that was running a coyote near the rifle river recently.  The coyote jumped into a small opening in the ice.  Chad’s dog, ‘Maggie’, continue the chase, thus, jumping into the open water, as well.   Unfortunately, the swift current swept both under quickly…Maggie was never recovered.   That story had that immediate affect on me like any other dog owner.  There was a bit of silence…telling Darrell I knew the Malcolm family.   My drive home convinced me to give Chad Malcolm a call and see if he would retell that story.   My intent was not to rehash…but, to share the story so others can learn.    As I mentioned, I knew the Malcolm family from ‘days gone bye’.  When Chad answered the call he was, as I remember, a true gentleman.  He invited me to meet up with him and his dad, Joe and a good friend, Robert Brown. 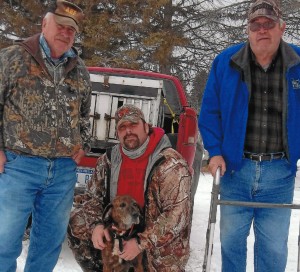 I accepted the invitation and met all three at the Malcolm homestead.  Handshakes were traded, a couple of old stories were reminded as all of us spent a lot of time stomping around those woods of Arenac County.   Chad brought out some pictures showing his Dad, Robert and himself posed with Maggie.  Some of the pictures were recent, some were not.  It was obvious Maggie was part of the Malcolm family.  She was respected for who she was…a companion, their hunting dog…and arguably Chad’s best friend. 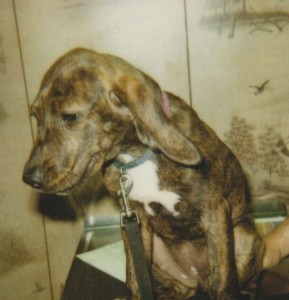 The time came to have Chad tell the story – the day he and Maggie were to say goodbye.  A friendship that began fifteen years ago that ended tragically.  But, as Chad explained, “she died doing something she and I both loved doing…not just hunting but spending time together”.  With Chad’s permission, we decided to collect his recount of Maggie’s last hunt.   (See below podcast) …