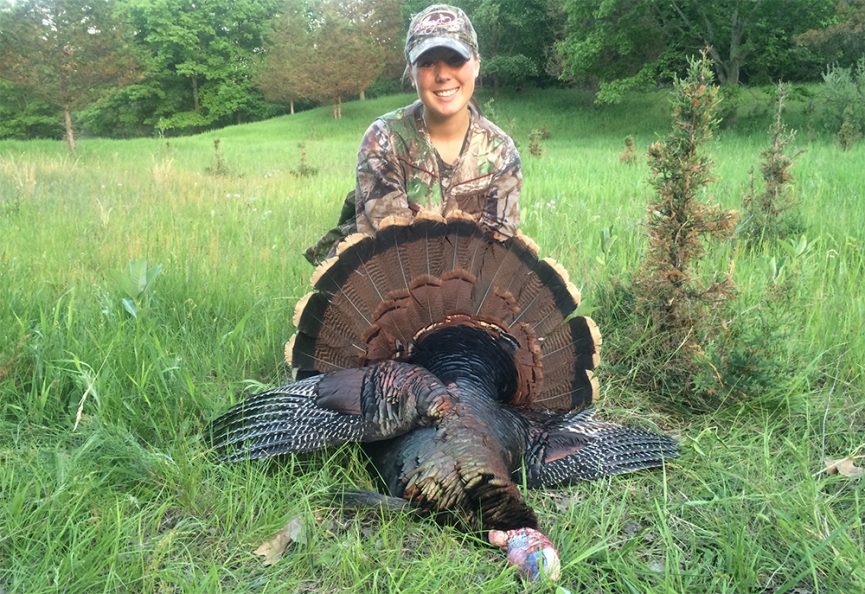 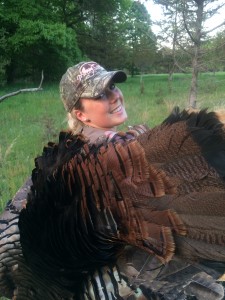 It doesn’t matter how many hunting seasons I endure, it seems like every year I learn or relearn a valuable lesson. The lesson for the 2014 spring turkey season was pretty simple but one that’s easy to forget, never give up. With the end of season looming, my fiancé, Angela, and I decided to hit the woods for one last evening hunt; hoping to fill her tag before the sun set. The odds were certainly not in our favor on this particular hunt, with above average temperatures and rain in the forecast. Not to mention the fact that the birds we were hunting had been heavily pressured for over a month. Had it not been the last night of season, there’s a good chance this story would have never had the chance to be written.

When I opened the truck door, the cab immediately began to fill with mosquitoes. The 80 degree weather coupled with a recent rainfall had made for ideal conditions for these annoying little insects to thrive in. It was about six in the afternoon and regardless of the outcome, this would be our last turkey hunt of the year.

Angela and I always enjoy hunting together, but between the bugs and the weather I don’t think either one of us thought we had a very good chance at actually notching a tag on this particular evening hunt. The idea of just planting ourselves next to a big tree somewhere and waiting the night out began to sound pretty good. But, I knew in the back of my mind that the chances of us killing a bird that way was pretty small. Despite the odds, neither of us were willing to throw in the towel just yet. I decided to go for a long hike to the other end of the property, calling along the way. 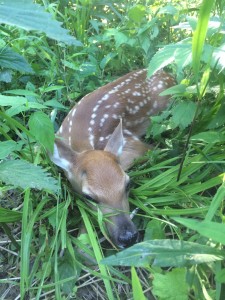 As we descended down the first hill we were surprised by a couple of deer that immediately bolted after seeing us, all of them but one that is. One lone doe made it about 20 yards before turning to look back. I knew that look, she had a fawn nearby and she didn’t want us near it. Sure enough, about ten feet from us laid a new born fawn who appeared to have not even taken his (or her) first steps. My decision to head this direction had already paid off. This was a new experience for Angela, and it was easy to see how much she enjoyed this encounter. We snapped a few quick pictures and carried on.

We walked and called about every 50 yards and after an hour or so we finally heard what we were looking for, a gobble, though be it a long way away. I called one more time in the same spot just to make sure we weren’t hearing things, sure enough he responded again. We decided to cut some of the distance off before calling again.

As we closed the distance the bird continued to respond to nearly every call. Normally, I would have posted it up somewhere and tried to bring the bird to me. Often times, when you cut a lot of distance between you and a gobbler that quickly the bird thinks you’re going to continue his way and will often sit and wait. Unfortunately, we had no choice. It was the last day of season with an hour of legal shooting light left; we had no time to play games.

After a short hike, we posted up against a large oak tree. Almost immediately, I heard a hen let out a couple of soft yelps; she was close. I quickly repositioned Angela in hopes that the hen would have a tom in tow. We corresponded for a few minutes when out of no where she took off flying, landing in the tree directly above us. It was late in the day, but much too early for her to roost. I quickly began to scan the woods wondering if something may have spooked her. It didn’t take long to find the culprit. A lone coyote was lurking about 75 yards from us. In the midst of all of this, the bird we were after had closed the distance some, gobbling all on his own. This bird was very fired up for an evening hunt, he was interested but I could tell by his demeanor that he wanted us to come to him.

After observing where the hen had flown up from and landed, I decided that we needed to move closer to that area. I thought the tom, if he ever did come in, was probably going to use the same small ridge she did. Once we were completely settled in, I called again, he responded but he wasn’t any closer. I decided to spice things up a little bit. I began to call very aggressively, clucks, purrs, yelps, you name it I tried it. The tom gobbled eight consecutive times following my sequence.  To say it had fired him up was an understatement. It was now almost eight a’ clock and during all of this another bird had began responding behind us. I started to wonder if we shouldn’t go after the other gobbler. After all, we had been working this bird for almost and hour and he had hardly moved.

I remember telling Angela that we will know within five minutes if this bird is going to come in. I hadn’t made a sound since the last montage of calls and he hadn’t gobbled either. I guessed that he was either coming in or he had decided he wasn’t interested enough to close the distance. Either way, I was prepared to give it five minutes before packing up and going after the second bird. After a couple of minutes I let out a pair of light clucks; he responded immediately and had cut the distance in half.

We scrambled to get everything set up for the direction he was coming in when he let out another gobble; this one was almost loud enough to hurt your ears. Though he was close, he remained out of eyesight. Finally, we spotted him in the tall grass, within range. I remember quietly reminding her where to put the bead, to make sure she looked down the barrel, to take her time, when the bird popped into an opening. He took a few more steps and I stopped him with a loud putt. Angela slowly squeezed the trigger and down he went. 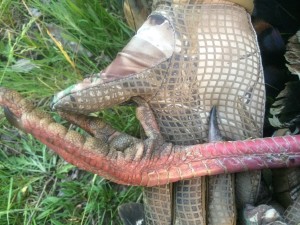 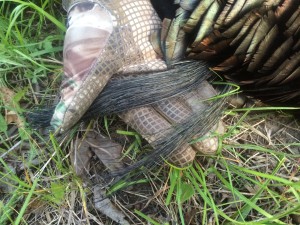 I think we were both in shock; we had got it done on the last day of season in the last 30 minutes of legal shooting light. After a quick celebration, we made our way to the bird. Little did we know, this tom was a true trophy; he sported two beards that

had a combined measurement of over 17 inches and 1 1/8 spurs. It was a great bird by anyone’s standards and was a personal best for Angela.

It can certainly get tough to keep hunting as the season wears on, but you just never know when you might find success in the timber. It’s hard to believe that a hunt with such low expectations turned out to be a hunt we’ll never forget. It was a great reminder to us as well as a great lesson to all the turkey hunters out there; it’s not over until it’s over.

Jordan Browne is a staff member of Michigan-Out-Of-Doors.  Their program ‘s viewing is available on most PBS stations, or online at: michiganoutofdoorstv.com