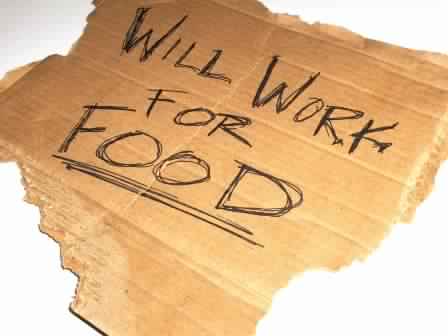 Many of us have booked a wild game hunt with an outfitter…at least once.  There are many reasons for trusting our hunts to someone else’s planning and handiwork, but few will admit they most need a professional to cover their ‘back side’.  WGD found a handful of some of the toughest hunting guides in the Midwest.  We recently sat down with them to get a feel of what drives their ambition.  “Most guides are in shape, physically…it’s the mental toughness that matters most”, 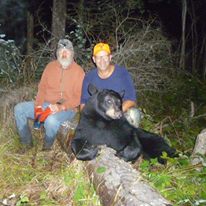 says Ross Chambers, a professional guide in Michigan’s remote Upper Peninsula.  Imagine hunting a predator-infested habitat waiting hours  in hopes of a trophy black bear coming to your bait…and, knowing you have a forty minute walk back to your vehicle.  Your safe walk in and out is reliant upon a properly, but sparsely marked trail.  The wolf sign walking in was evident.  And, then your guide’s parting (whisper) shot was, “good luck, eh”.  Yep, that feeling you have when your guide leaves you alone for “that hunt of a lifetime”. 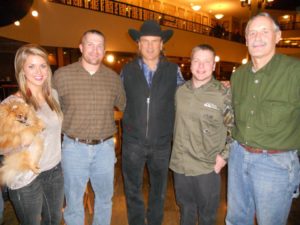 Derek is fourth person from left.

For Derek VanBuren, who guides black bear hunts in the southern range of the remote Huron Mountains of Michigan’s western U.P., his work is addicting.  “(Guiding) was something I always wanted to do.  However at the end of every season I usually say that I’m going to take a break from it.  By the time summer rolls around I get antsy to get out and do some scouting.  My only year I missed guiding was during my Army deployment to Afghanistan.” says Derek.   It’s that preparation long before the hunters arrive in camp that add up to success…like anything we do…hard work is rewarded. A guide’s hard work should never end.  Knowing the terrain, layout of the land is as important as knowing where to find that perfect hunting spot.  “Technology is as important as ever in sorting out potential hunt spots”, say Bob Morgan, Wild Game Dynasty’s go-to scout.  “When we scout an area we make notes of our surroundings.  You owe your clients your ability to have ‘a plan’ at all times…no matter the situation”, added Morgan. 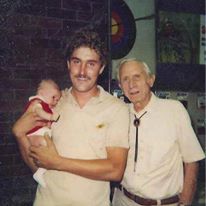 Bob Morgan standing next to Fred Bear while holding his son, Fletcher.

When all the preparation has been done, guides can dial back their game faces a bit to make sure each hunter remembers that their hunt is also their vacation.  Guide Brandon Scherzer chatted about a time they overbooked a hunt period… “We had 7 hunters in camp and 85 degree days. As guides we were hoping that bears were harvested through the week, not all at once, so we could have time to cool the meat and hide in time without rushing. This was not the case. The first day 3 bears were pulled out of the woods and 4 the next day. On that second day of the hunt we recovered a bear for a client and were heading back to the cabin. We arrived to the camp and noticed one of our hunters wearing motocross goggles, rubber boots, and boxer shorts while standing next to a bear. While we were out recovering a bear, this hunter killed a bear, took his hunting suit off at the quad-runner, and forgot to put his clothes back on because he was so excited. 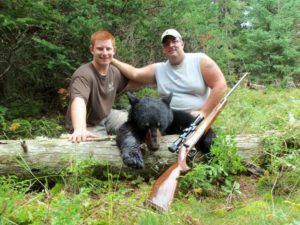 Brandon is seated on your left.

Seeing his excitement made skinning 7 bears within 24 hours worth it”, says Scherzer, a professional guide in the Montreal River area of Northern Ontario, Canada.  Remember, when the brochure or website seems so inviting…it is your job to still ask the tough questions.  You are part of the system to keep the outfitting and guiding biz on its toes.

‘Shifting Gears’ is an understatement in the guiding business.  A tough-minded guide can finish distributing hunters, completing that daily ten mile walk, then receive a text from one of them that they just got a death moan!  Off he goes, grabbing the tracking backpack, sled, cart, energy bar and a couple extra sports drinks.  “Within our parameters, we’ll do what it takes for a client’s success”, says John Jones, a professional guide in Northern Michigan.  “Several years ago, I had three clients in camp for a bear hunt in the Red Oak bear management unit.  I asked each to call and check in daily.  One gentleman I placed in the deepest, darkest spot that I had baited.  I had hoped I wouldn’t need to use it, but it had a nice single bear coming in around 7:30 p.m. several times a week.  On opening night, my first client called early with a bear down.  The third night of the hunt, I received a call from my second successful hunter to assist him with retrieving his bear.  My third and final hunter who needed to fill his tag still remained.  He was the hunter that I had placed in the deep, dark spot that I mentioned earlier.  I noticed he would call in earliest each night.  The next evening I went out to check the area where he had parked his vehicle and found that he was coming out of the woods and was back to his truck before 7:30.  Way too early!  We discussed the situation, had a few laughs and came up with a plan. The next night he would stay in his ladder stand until I came out to his hunting spot to get him.  While waiting in my Jeep the next evening, I heard a shot ring out at 7:20 pm and my bear guiding season was over for that year”, added Jones. 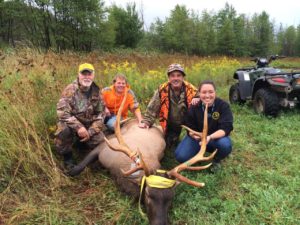 Looking out over the horizon today we are seeing snow and feeling a strong chill in the Midwest region.  Rest assured there are folks out there checking on new hunting spots while many of us are catching the big game on TV.  I hope my next guide I book a hunt with is that person out-of-doors making notes on a potential hunting spot while checking traps, etc. I want to hear about those off-season stories when we’re gathered around the camp’s dinner table.  My hunting experience will begin with a plan…