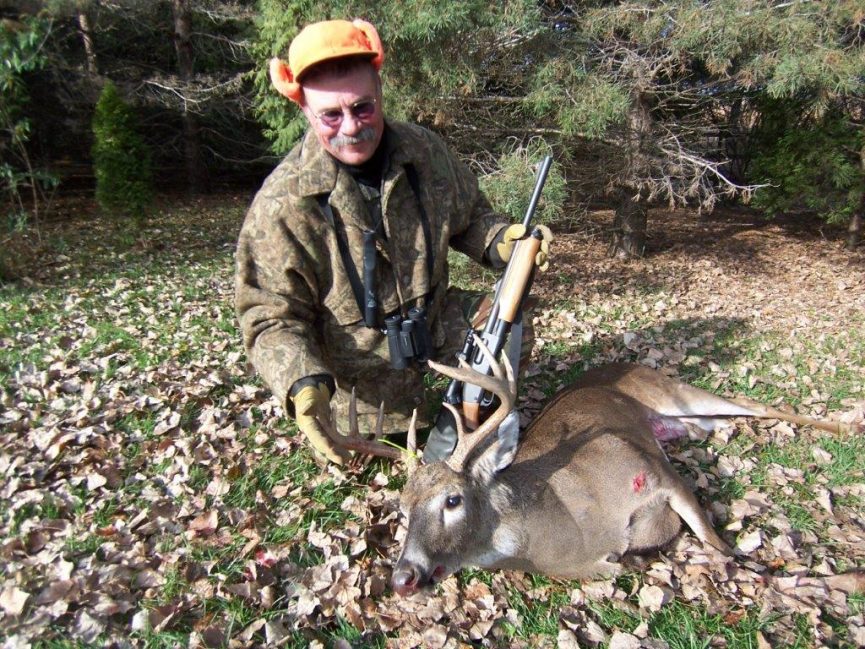 The Remington Model 870 pump-action shotgun first hit the market in 1950, and quickly became a favorite of American hunters (several million have been manufactured and sold). I can remember pump 870’s being in the hands of quite a few visiting pheasant hunters on our farm when I was a kid.

I handled and shot an 870 for the first time about 40 years ago. I had stopped to visit a friend, and he and his brothers were just getting ready to do a pigeon harvest at a neighbors barn. This entailed flushing the birds out of the barn and shooting them on the wing with shotguns, later followed by a pigeon fry. Pigeons make quite good table fare.  I was immediately loaned a 16 ga Remington 870 equipped with a 30 inch full-choked barrel.

If a gun doesn’t fit well, you will never be able to hit much with it, and I liked how the 870 felt in my hands, and the way it shouldered. I was standing near the silo when a pair of pigeons careened overhead, and I dropped both with two shots from the fluid working pump. Needless to say, I was impressed, but not enough to go out and buy one right away. Remington 870 Wingmasters were a bit pricey for my wallet at the time and I had shotguns of other makes I was quite satisfied with. The Wingmaster’s high gloss finish also put me off a bit as I’m not into pretty guns at all and much prefer that my shotguns blend in and not reflect like a mirror.

The first Remington 870 “Express” hit the market in 1987, and it was during this timeframe I attended a local DU banquet. One of the items on the raffle table was a 12 ga 870 Express with a vent-ribbed 28 inch barrel and screw in chokes. All of my shotguns up to that point had fixed-chokes and I liked the diversity being offered by the new (at that time) screw-in version. I was also very impressed with the Express’s low luster finish and a dull, stained hardwood stock, that when scratched up in the brush, would only gain in character. I tossed a couple tickets into the raffle bucket and automatically assumed that was the end of it, as I never seem to get drawn at such events.

Much to my surprise, my ticket was drawn for the 870 Express and thus would begin my strong affection for this particular brand of shotgun. The firearms deer season was on the horizon and the first game I bagged with it was an 11-point buck, using buckshot in heavy cover.

Buckshot tends to be misunderstood a bit by some hunters who believe it is next to useless and pretty much a deer crippler. However, when properly applied in the dense environment it is intended for, buckshot can in fact be very effective. This is especially so when the range being fired can be measured in feet instead of yards, and the shot is being taken through a maze of twigs, branches and vines that would otherwise soak up or derail a solo slug. A vent rib with a bead is not a hindrance at all in this up close and personal atmosphere where in fact it can be an asset.

I had picked up the buck’s track at first light near a well-tended scrape in a grouse infested, large thicket. His pungent rut-scent hung heavily in the still, moist air and his large, deeply sunk tracks in the damp, black muck were just filling in with glistening water. I knew he was close, and it took me more than three hours to cover the next 100 yards as I still-hunted along his tracks, remaining motionless more than I moved, and when I moved, it was done with ever slow, painstaking care for each and every step. The last thing I needed to do was flush a grouse or break a twig at this point to alert the buck to my presence (when chickadees land and perch on you shoulders and gun barrel, you know you are moving just right).

I managed to be within only 15 yards of the buck when he finally sensed my presence and exploded up out of his well-concealed bed right in front of me, and the 870 Express 12 ga flew naturally to my shoulder and discharged in a fluid movement, and there was time for only one shot before the deer disappeared into the heavy cover. With a well-grouped pattern of double-aught on his ribcage, the buck didn’t go far. This was certainly a good omen for a new shotgun, at least in my opinion.

It wasn’t long before I purchased a smoothbore, 20 inch slug barrel for my 870 Express, and with iron sights, it did a dandy job of putting slugs where they count. Actually, smoothbore slug shotguns are quite accurate and efficient in the hands of a shooter that knows his/her gun. They do a marvelous job in the whitetail-hunting arena where most deer are taken at under 100 yards, and can even reach out a bit further as well. I dropped a buck in a hayfield at a measured 125 yards and was fully confident in making the shot.

I also now have a 20 ga Express that has a 26 inch vent-rib barrel and screw-in chokes and with an extra-full choke installed, it is my favorite turkey gun. I purchased a cantilever, 18 and a half inch rifled slug barrel for it a few years ago and topped it with a Bushnell electric red/green dot “Trophy” sight. It is one efficient deer gun for sure with Remington BuckHammer slugs. I wouldn’t hesitate to use it for black bear hunting either.

Before the rifled barrel, I simply put TruGlo turkey sights on the vent-rib, discovered it would place Foster-type slugs quite accurately at point of aim (with an improved cylinder choke), and took several deer with it.

More than a decade ago, I purchased a 28 ga Express with a 26 inch vent-rib barrel and a fixed modified choke. It quickly became my favorite pheasant gun because it is a lightweight, and thus possesses marvelously quick handling characteristics. And despite its diminutive size, the 28 ga round is a hard hitter on tenacious roosters. It works for me anyway, in the 870 Express. Needless to say, using it also for rabbits and hares is a no-brainer. Let us not forget squirrels either.

Speaking of rabbits, hares and squirrels, nothing beats a .410 (actually the .410 is a 36 ga) for this avenue. I guess my Remington Express collection won’t be complete without a .410 in the wings. Of course I haven’t mentioned anything to my wife in this regard, as Ginny seems to get a nervous twitch in her left eye when she senses I’m gun shopping, which tends to be frequently.

The beauty of the Remington 870 Express is that it now comes in a variety of stock designs and barrel combinations (including youth styles) at an affordable price. Mechanically, it possesses all the fine qualities of the more expensive Wingmaster series (which are truly great shotguns in their own right), only without all the extra frills. It is a working gun meant to take a beating with no worries and keep on ticking. After more than 20 years of using Remington Express’s in the field, I can firmly attest that they work as advertised. When it comes to sharp-eyed waterfowl, wild turkeys, varmints, and deer, the low matte finish of the 870 Express doesn’t require any extra camouflage touch-ups, as it blends in nicely just the way it is.

For me, it is an extremely versatile, tough, and efficient shotgun that fills an important niche.