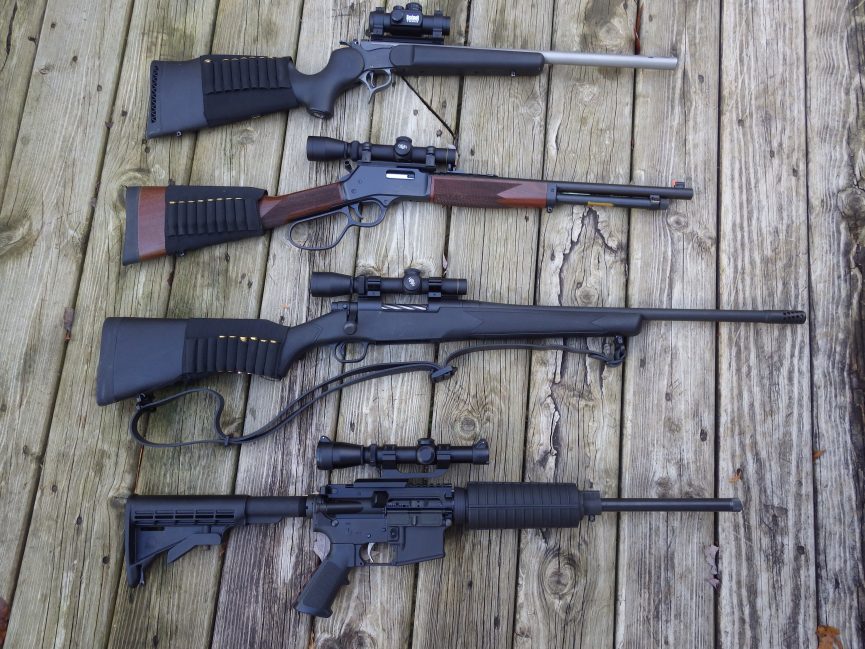 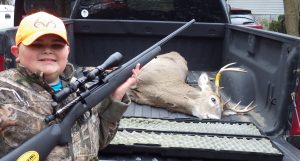 November 15th is definitely a very special and popular day for a whole lot of Michigan deer hunters. It is a day that I have been enjoying for nearly 60 deer seasons, and my annual anticipation is such, that I usually have a sleepless night before the long-awaited opening morning. It was that way when I was a kid, and six decades later, it remains to be the same.

There is no question that deer hunting is a distinct passion of mine, especially local, close to my home deer hunting in Michigan’s Thumb area. I have hunted in other states, but if a state’s deer season interferes with Michigan’s November 15th, it is a definite no show for me.

At one time, deer were so scant in southern Michigan, that deer hunting was closed for a while. If you wanted to go deer hunting in Michigan, you had to “go up north”. The first deer season in southern Michigan occurred in 1948, and I was told by a participant of it that only shotguns firing buckshot were allowed. Eventually, shotguns firing “slugs” became legal, as well as .22 rimfire rifles. During my tenure as a southern Michigan deer hunter, I have seen a number of changes, actually an evolution, if you will, in regard to firearms and ammunition. I can remember when muzzleloading rifles, using black powder and a patched round ball, .44 caliber or larger, became legal.

In 1968, .22 rimfire rifles were banned for deer hunting in southern Michigan, and during that timeframe a rifled tube was developed for attaching to the muzzle of a shotgun barrel to increase accuracy. However, state officials determined this changed a shotgun into a rifle, and it was not allowed. The 1980’s and 1990’s saw some dramatic changes occur when handguns, .35 caliber or larger, firing a straight wall cartridge, were allowed, as well as conical (and sabot) bullets and black powder substitutes for muzzleloaders. The modern inline muzzleloader came into being and became quite popular because it offered great accuracy and a bit more “reach” in the deer woods. Rifled shotgun barrels (and rifled choke tubes) became legal, as well as a wide array of sabot ammunition to be used which created outstanding accuracy at some impressive ranges.

Yep, folks, I’ve tried it all, and have enjoyed the adventures in trying something new for deer hunting! Then, in 2014, southern Michigan’s “Shotgun Zone” became the “Limited Firearms Zone” which allowed rifles, .35 caliber or larger firing specific sized (minimum 1.16-inch case length, and maximum 1.80-inch case length) straight wall ammunition. This would suddenly completely change the face of deer hunting in southern Michigan overnight and I was euphoric as well as were a whole lot of deer hunters! This would open the door by allowing very accurate, effective and compact rifles for deer hunting.

The three most popular Limited Firearms Zone deer calibers today are the .44 Magnum, .450 Bushmaster and .350 Legend. I opted right away for the .44 Magnum and purchased a Mag-Na-Port customized barrel for my single-shot T/C Contender Carbine. Topped with a Bushnell “Trophy” red-dot sight, it is a very compact and accurate piece, and is very handy for close encounters with whitetails in heavy cover. A couple years later, I would purchase a .44 Magnum lever-action Henry Carbine, which I topped with a 1-4 X variable Leupold scope. It does all that the T/C Contender Carbine can do, but offers the advantage of fast follow-up shots, if needed, and I dearly love lever-actions!

In 2014, I had heard about the .450 Bushmaster, but never gave it much thought at the time, because it was a bit pricey, and usually only available in custom firearms. Randy Brown of Randy’s Hunting Center in Bad Axe, Michigan, would change all that when he worked with Ruger to create an affordable bolt-action rifle in .450 Bushmaster, which fortuitously came about and was ready to go just before deer season in 2016. I was able to test fire one of the first Ruger American bolt-actions to arrive at Randy’ Hunting Center and was very impressed with the .450 Bushmaster cartridge and its performance. Recoil in my opinion is on par with a 20 ga shotgun, and even less with a quality muzzle brake installed.

Randy Brown had also worked with Leupold optics folks to create a scope for the .450 Bushmaster, that when the correct yardage was clicked in, the bullet would hit exactly at point of aim. Randy would soon demonstrate this on the Michigan Out of Doors TV show when he fired tight groups at 100 yards, 200 yards, and even an amazing 300 yards! Well, needless to say, a whole lot of southern Michigan (as well as from other states) deer hunters were immediately headed to purchase this unique and exclusive package at Randy’s Hunting Center. Both Ruger and Leupold were then hard pressed to meet demand.

I’ve had the opportunity to take an opening morning deer to a meat processor and be able to meet other successful deer hunters and to hear their stories, as well as examine the results of shot placement. I’ve been doing this since 2016, and there is no question that the .450 Bushmaster cartridge in various rifle makes, is the most popular combination for southern Michigan deer hunters of all ages. In 2018, I purchased a Mossberg “Patriot” bolt-action rifle in .450 Bushmaster, and I have seen firsthand what it can do. It is topped with a 1–4X Leupold scope and has a Mag-Na-Port muzzle brake which really mellows the recoil. I’ve had a 10-year-old grandson use it with no hesitation to down a large deer. The .450 Bushmaster is truly a genuine “deer thumper”.

Last, but not least, is the .350 Legend, which Winchester unveiled at the Shot Show in January 2019. Although it is similar in case size to the .223 Remington round, it is a unique straight wall cartridge of its entirely own design and offers a mild recoil while being touted as having a flat trajectory with the capability to take deer-sized animals out to 200 yards and slightly beyond. It was developed with recoil-sensitive and slight-framed hunters such as kids in mind. It is fast gaining in popularity, and I even know some big-framed hunters who adore the .350 Legend round for its light recoil and effectiveness. However, it is a round I have yet to kill a deer with, but I’m giving it a try this deer season.

I now have an AR-15 semiautomatic carbine in .350 Legend, that is topped with a Leupold 1-4X scope, has a free-floated barrel, a light and crisp (3 pound) trigger, and it can drive tacks. Despite politics and press-created hysteria, AR-15 style rifles have a strong following with today’s American shooters and hunters. Semiautomatic rifles have been used effectively in the deer woods for over 100 years, and despite cosmetics, a semiautomatic rifle is just that, whether it is a Remington Model 742 or an AR-15.

My AR-15 is very utilitarian and rugged, featuring matte blue steel and composites instead wood, and has a fully adjustable buttstock for little or big shooters, and in my mind, it is the epitome of a genuine “brush gun”.

I feel very blessed to be able enjoy what southern Michigan’s Limited Firearms Zone has to offer, by allowing very effective rifles and ammunition for hunting local whitetails.