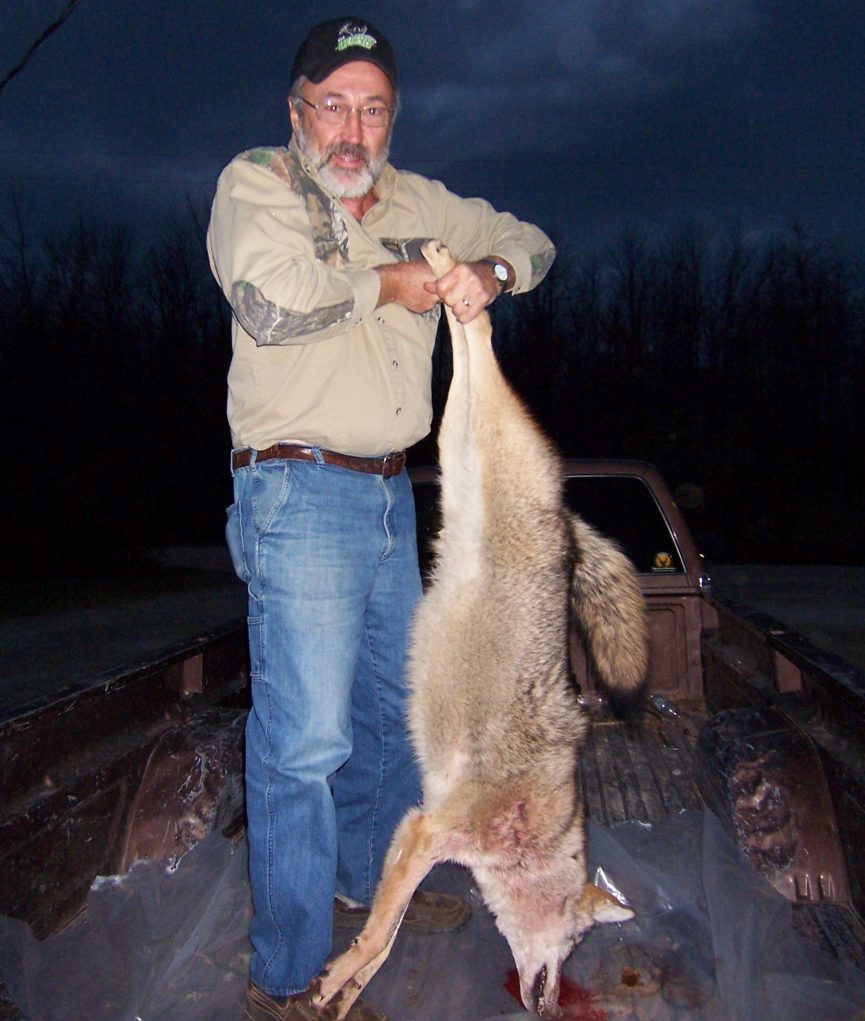 The coyote is no doubt the epitome of being a very adaptable and prolific survivor wherever it is found, which entails quite a continually growing area, even in locations where coyotes have never been documented as ever being there before. Its geographic range now spans the entire North American Continent, with 19 recognized subspecies. Coyotes can now be regularly found as far south as Central America and it was only a matter of time before they even ventured into South America, where they were first spotted beyond the Panama Canal in 2013 and some data suggests this could have happened as early as 2010, and the large canal proved to be no barrier to this truly very wily critter.

The coyote is the North American equivalent of the Old World golden jackal, and was originally only found out west, or wherever it didn’t have to compete with its larger cousin, the gray wolf. Lewis and Clark, who were obviously very seasoned outdoorsmen, had never encountered coyotes until their 1804 – 06 Expedition into the West. Lewis described coyotes in his journal as being “small woolfs”.

What very clearly paved the way for the coyote to be able to readily expand its range was the continual extirpation of the gray wolf, from the beginning of the first Europeans settling this country right up into the 20th Century. Being a large apex predator, the gray wolf was regularly condemned and eliminated while civilization expanded across North America.

All those 19 subspecies aside, I look at it as there simply being two types of coyotes, which are the warm country type that is smaller and leggy to better deal with the heat, and the cold country type which is larger and blockier (and with denser fur) to better deal with the cold (it is Nature’s way and applies to whitetail deer as well, for example). Here in Michigan, of course, we have the cold country version which has often been referred to as “brush wolves”.

Other than hearing coyote howls used as backdrop noises in Hollywood produced western movies, I never had any personal coyote experiences until my first ever spring wild turkey hunt in northern Michigan. This occurred during the late 1960’s, and it was a bit thrilling at first for a Thumb Area farm boy camping all by his lonesome at night in the big woods. However, thanks to those Hollywood westerns, I knew what I was hearing and actually rather enjoyed it as being a natural part of the outdoor scene, and still do. Having one come stalking into my turkey calling attempts was even a greater thrill, especially to just lay eyes on it, but the moment was very brief, because I wasn’t all that great a turkey caller in those early days.

I would again encounter more coyotes when I ventured on my first hunting forays in Wyoming during the early 1970’s, and I continually knew they were around whenever I went spring turkey hunting in northern Michigan. It wasn’t until the mid 1980’s when I thought I heard a coyote howl one night in the Thumb. I then began to encounter what I knew to be coyote sign entailing tracks and scat. Having been around coyotes enough elsewhere by this time, I was certain as to what I was looking at, and I eventually saw a coyote while I was bowhunting for deer. When I first wrote about it, some folks thought I was seeing things, but local houndsmen out after fox that winter began to take a regular quantity of coyotes. The rest, as they say, is history, and the coyote is now a common fixture in the Thumb, not to mention being found everywhere else (including municipal areas and suburbs) in Michigan these days.

Coyotes depend primarily on animal matter (including carrion) to survive but can be very versatile with their diet and even eat plant matter including various fruits, vegetables and berries, and I have even seen undigested grain in their droppings. To put it more succinctly, a coyote will eat whatever it can in order to survive, even if it includes domestic livestock, poultry and pets such as small dogs and cats. Coyotes are lean, mean killing machines for their size.

I’ve seen coyotes on early summer occasions carrying cats in their jaws, most likely back to their dens and hungry pups. I’ve also had coyotes, and it’s my calculated guess here, kill and eat mother cats and their kittens in my open hayshed. All I can say is that the cats and their kittens are suddenly missing and there are distinct, fresh coyote tracks in the soft, damp ground near the shed. I don’t believe coyotes actually targeted my cats, with it simply being an opportunity which presented itself, and coyotes are very opportunistic. They are also keen experts at snatch and grab, even from patios and decks right in front of pet owners’ eyes.

My son Jake and his family will never forget the full moon night they were tent camping right next to our farm pond and were awakened by splashing noises. When they looked out the tent’s screen window, they could see it was a pair of adult coyotes teaching their pups how to catch and eat frogs. With my home being tucked into the middle of wildlife habitat, I’ve had the opportunity to listen frequently to coyotes training their pups how to hunt during midsummer nights. They have quite a few vocalizations including barks, yips and yaps that are very dog-like. My wife Ginny will always remember when coyotes discovered a fawn and the noise, which sounded almost like a screaming human baby, woke us up. Obviously the coyote parents were letting their inexperienced pups do the killing work because it took a while. Reality in the wild isn’t always pretty.

Coyotes can take their fair share of fawns each spring and summer. I believe it is more a matter of any opportunity which presents itself, as that is the coyote way of life, but when you have a bunch of coyotes patrolling a certain area, it can happen more times than not. Whenever I see a mature whitetail doe in early autumn these days without any fawns in tow, I’m a bit suspicious of a coyote influence (one of my favorite calls to lure coyotes in is a “fawn in distress” bleat). My prairie grass fields are a favorite “nursery” for whitetail does to conceal their fawns, and I find evidence every summer where coyotes have located and killed fawns.

There used to be a closed period per coyote hunting (April 16 – July 14) which was designed to protect coyotes during their whelping period.  By mid July, coyote pups are out of the den and being trained by their parents on how to hunt.  Coyotes could only be killed during the closed period if they were doing or about to do damage to private property, which was defined as pets, livestock and poultry. This did not include wildlife such as whitetail fawns.

In April 2016, the Natural Resources Commission (NRC) dropped the closed period for coyotes which can now be hunted at any time during the year, which sure works for me, because the coyote I know doesn’t need any sort of protection. That past closed period was meant to make certain people feel good about matters, when it had nothing at all to do with reality.

The coyote mating season occurs in Michigan from mid-January until early March, with February being the key timeframe in my experience (and my favorite month for calling/hunting coyotes). When a female starts to go into estrus, she will emit howls (it is often the females you hear howling on cold winter nights) to attract suitors, which usually entails several males. The female will eventually select only one, and the rest, usually without a scrap, will move on in search of other mates. It is the coyote way of selecting a mate in a copacetic manner.

Males are very monogamist and fully assist in raising the litter, which entails regurgitating food to feed the young once they are weaned. If something happens to the female before the pups are weaned, the male will abandon the litter because there is nothing he can do, which is reality in the wild. The average litter size is six pups but this all depends upon food availability. The coyote is unique in that it has the ability to have small or large litters in this regard. Here in Michigan, I believe there aren’t very many lean years.

Being the ultimate survivor, the very cunning and adaptable coyote now found throughout Michigan is here to stay. It is a wild specie I have grown to respect and admire, even if grudgingly so.

Yep, folks, I sure do enjoy matching wits with coyotes at every opportunity!