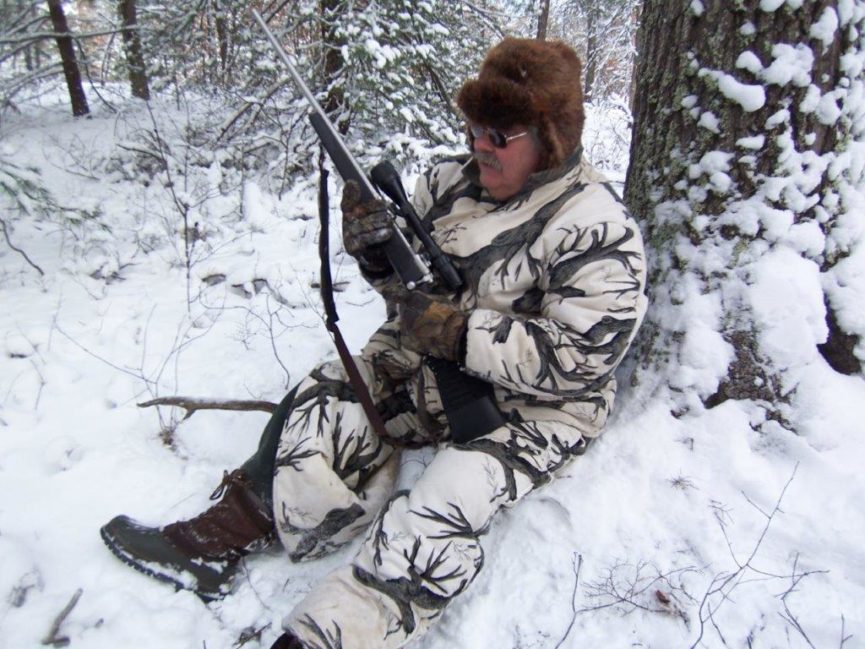 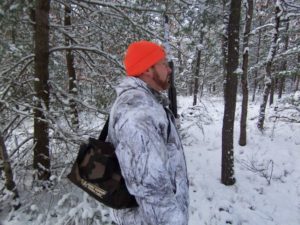 Winters just wouldn’t be the same for me without my annual varmint hunting excursions. The “varmints” (aka predators) I’m referring to are the fox and coyote, and my home Thumb area has its share of foxes (both gray and red) and coyotes to keep an avid varmint hunter occupied for a long winter’s stretch. My preferred method is using various calling techniques, and my most productive daylight timeframes are right at daybreak or near sunset, although I’ve called varmints in at high noon as well (especially when I’ve located fresh tracks).

I’ve long used mouth calls imitating a shrieking rabbit (as well as a rubber “rodent squeaker” which you simply squeeze), and I carry at least two spares because during subzero moments, I’ve had mouth calls freeze up on me at inopportune moments. Because fox and coyotes tend to circle downwind of the calling, I personally prefer calling during daylight hours instead of after dark, because it is much easier to be scented by an approaching varmint without you ever seeing it, after dark. Because of this circling aspect of foxes and coyotes, I often prefer to work with a partner (which I like to refer to as a “tail-gunner”), and have this individual set up 50 to 100 yards (depending upon terrain and cover) downwind of my calling position. Often times it will be the tail-gunner who gets the shot.

As per any night hunting on my part, I do look forward to full moon and cloudless nights which are crispy cold and with snow on the ground that makes all around nearly as bright as daytime. However, recent times have seen “night-scopes” coming into play, which are very legal for predator hunting, and I’ve heard good reports about all this new high-tech stuff although I have yet to try them.

Because I frequently find myself varmint hunting alone, I had always been tempted to purchase an electronic caller, which offers the advantage of being set up and away from the hunter, and such would certainly be a great aid during solo hunts. A number of years ago I took the plunge and purchased a Johnny Stewart electronic caller with all the bells and whistles.

This electronic caller using various cassettes (including for crows) has speakers that can be set up in tree limbs for more range, and it came with a remote hand controller. Strategically setting up (this is where I think a tree-stand can be very effective) a ways from the calling sequence is a definite plus. However, it required a duffle bag to carry everything in, and a couple years after I bought this electronic caller, it was outdated by very lightweight and compact digital models which are a dream to use. Offering a wide variety of calls which can even be blended in together (and minus any cassettes), the new digital callers can do it all with a simple touch of buttons and can be readily used set up a ways from hunters.

I have for some time used (even with mouth calls) a furry battery-operated decoy that creates visible motion and an authentic focal point for an incoming fox or coyote. The decoy looks like it is half rabbit and half squirrel, but it no doubt appears real delicious to incoming predators.

Whether I’m using a mouth or electronic call, I will know things are sounding right when hawks and owls land in trees nearby, as they are interested in an easy winter meal as well. Crows may also come in expecting leftovers from a predator’s kill. Winged predators coming on the scene will be a good sign you are putting on an authentic display of a rabbit’s deep distress, so when they show up, start looking for the four-legged predators.

My son Jake got a digital caller for Christmas a couple years ago, and couldn’t wait to use it. He immediately set it up in the open in the back pasture, while tucking himself into the nearby brush, and began operating everything remotely. This digital caller came with its own decoy which popped up like an antenna and twirled around. Jake didn’t have to wait long, because a large red-tailed hawk dropped down out of nowhere and sent the digital caller rolling. Yep, folks, that digital caller and its decoy really do work, and I’m pretty sure a stunned Jake was relieved the hawk didn’t fly off with matters.

Because foxes and coyotes are sharp-eyed, it pays to dress for the occasion. I wear a variety of regular camouflage when there is little to no snow, and I swear by snow camouflage when there is a lot of snow. Ever since I purchased a set of snow-camo pants and hooded jacket I’ve been very impressed with its capabilities for a wide variety of winter hunting applications, including late-season deer hunting. It has infusions of brown color on white to break up your outline and I refer to it as my “ghost suit”. Constructed of strong and quiet cotton, I simply pull it over my layers of wool hunting clothes. I also wear a hunter orange hat as it is the minimum required by law when on the move, but can be removed when in a static calling position, and I simply cover mine with the camo hood.

Good camouflage garments do their best when a hunter readily blends into available cover. While high vantage points can be beneficial for varmint calling, hunters should avoid sky-lining their profiles. Always try to have adequate backdrops, and often what cover is behind you is more important than what is in front, to conceal your location. When available, I like a big tree-trunk to sit against, not at all unlike while turkey hunting.

Like spring turkey hunting, I’m often a bit of a rover (“run and gun”) when I’m calling wintertime varmints. I usually call at least 30 minutes, and often longer if I get a gut-feeling to do so. If they don’t show up in a certain (gut feeling) amount of time, I assume they either haven’t heard me, or they have sensed my presence. I prefer to do my roving on foot (often this can sometime entail snowshoes), as I don’t believe an ATV or a snowmobile engine being turned on and off in the near vicinity of wary varmints will be helpful.

I’ve also stood up from a long calling sequence and had a varmint that was cautiously moving in flush from nearby cover, so you never know. I’ve also spotted varmints when I was roving to a new calling site, which then turned my walk into a stalk, which is quite challenging in its own right.

A helpful piece of equipment I frequently use is a fleece hand muff that straps around my waist, and in which I keep deposable hand warmers, that keep lightly gloved shooting fingers warm, as well as it is a great place to quickly thaw out frozen mouth calls and have them at the ready. I’ve also found using a binocular, even in heavy cover, is an essential tool for varmint hunting.

Often times, fox or coyote encounters are in heavy, close cover, where the best hunting arm is a shotgun. My favorite varmint shotgun is a sling-equipped, 12ga over and under (choked full and full) with my favorite 12ga load being 3 inch magnum # 4 buckshot (which it and #3 buckshot are now legal to use after dark). Shotguns using buckshot can do the job out to 50 yards, but the key is to properly pattern the selected load and shotgun to determine the effective range (and some new “wonder” loads I’ve read about but not tried yet, claim to reach out quite a bit).

For more open country varmint hunting encounters, nothing beats a rifle (which is legal to use for varmint hunting throughout the state, including southern Michigan). My favorite varmint rifle is a lightweight, single-shot T/C Contender Carbine in .223. It is topped with a compact 4X T/C scope that has a lighted crosshair. Switched off, it is a normal scope, switched on, it is a red affair that is a dream to use in low light, and I’ve found the .223 to be an ideal round for this environment, but today we have a fantastic selection of calibers for this atmosphere to select from.

I’ve also used a variety of muzzleloaders for varmint hunting, as well as handguns and archery tackle. The options truly relate to the hunter and his or her most preferred hunting arms. When it comes to archery tackle, I use the same broad-heads that I use for deer.

Varmint calling is a great way to enjoy the outdoors during the long winter months. In fact I always look forward to the time frame when I can don snow camouflage, and match wits with an ever-wily fox or coyote.