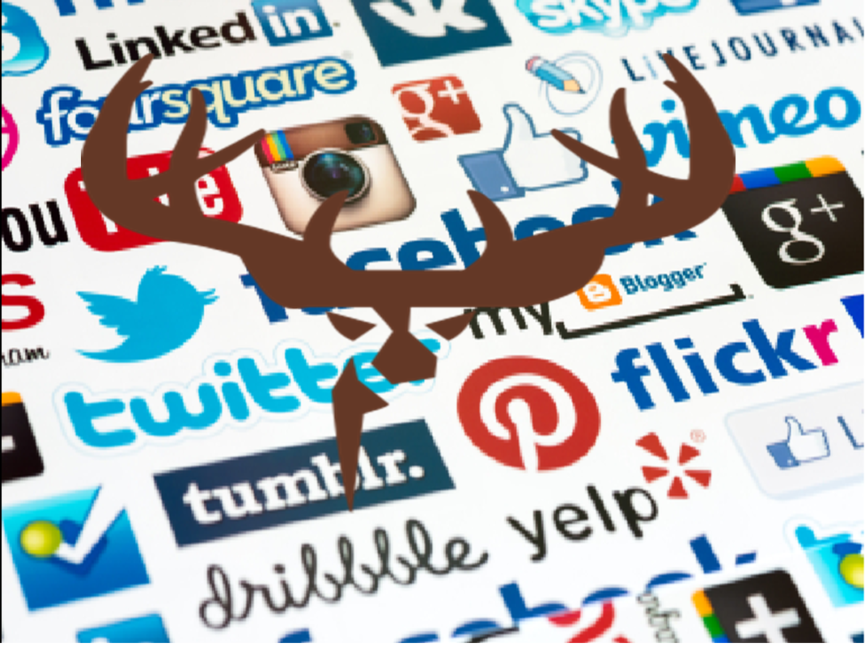 I have officially been off work and sitting on my keister for 6 weeks now with an as yet un diagnosed illness. Knowing this my good friend Gary said maybe I was up to “hunt & peck” an article for WGD’s blog. Being in this position has allowed me to either sleep (which I do a lot), watch TV, read or surf the interweb as some like to call it. The only upside to this whole situation is that high speed internet came to my home just the week before. Now TV is boring.

Day after day of reading almost only the gun and hunting sites I have learned a lot and I have formed some pretty solid opinions. Maybe reinforced those opinions is a more accurate way to describe it. Now I have always heard that one should start out a serious conversation (like when your boss is about to chew out his crew) with something positive then work into the real reason for the meeting (butt chewing) and then end on a positive note. I however am not anyone’s boss and or any other entity that would possibly impress anyone so I guess I don’t need to follow that particular guideline.

I do however have both good and bad to say about the opinions I have developed in the last six weeks. And please, if I happen to offend anyone try and consider my current personal situation. What happens to you when you feel like chit? “Chit”… I got that in my extensive reading. We all know what I mean by that so why not just say it? I kind of doubt there are any 5 year olds reading this and having had a child who rode the bus to school since the 1st grade. They have heard it all by grade 2. Anyway, I will try to be civil.

The good: there is just an endless supply of great people out there in the world who are more than happy to post pictures of their guns & bows, deer & other game they have taken and also sometimes write a few lines to entertain anyone interested in their particular adventure. In my current situation I have looked at a ton of the stuff and have enjoyed and learned a lot.

I have also noticed that there are a lot of people out there who seem to be interested in only insulting, degrading, arguing with one another, sometimes with a particular individual & sometimes it seems with many people. Perhaps it is my present situation or the fact that almost 30 years in law enforcement has made me a little less tolerant of truly ignorant people but WTF! as they say on here. If I don’t agree with what Hillary has to say I just don’t listen to her. If you don’t like what Joe‘s opinion is on an elk rifle then move on!

Yet I have been reading it on and on almost everywhere I look. Now I can take my own advise but many of these conversations “threads” start out innocently enough and really have some interesting and valuable information in them so I ignore the Hillary’s and click away hoping for the good stuff. This morning was no different (please stay with me I am coming to the GOOD part of the butt chewing). I have been on one particular forum that has a wide variety of topics related to hunting, fishing, etc. & I like it. I don’t post much myself, just read. Today I was happily reading an innocent enough topic when someone posted several pictures of some really nice whitetails he has taken over the years. The topic was about a particular rifle more than anything else but I thought this added a lot to the subject. That old gun was clearly up to the task of killing deer. Then someone who apparently dislikes the successful guys post goes on and on about where he hunts and how rich he must be etc. It had nothing to do with the original subject and at that point I did the Hillary thing and stopped reading it. The problem is I found it almost everywhere I ended up. One particular thread started off very interesting until two particular ass hat’s started a barrage of insults along with their own pic’s and boring drawl about how much better they were then the other guy. Others continued to post as if these morons didn’t exist, to their credit but as I read further the moron’s continued their own little feud & I moved on.”Ass hats”.

Then I saw a post with an interesting title and I started to read it, it started out simple enough, a guy deciding to build a cabin and start his own deer camp. He explained his personal reasons for wanting to start a tradition that his children and his friends children would enjoy and learn the excitement of opening day, etc. I was hooked right away. The guy didn’t pay anyone to do it, he did it all himself, well he and some friends and his family. The next thing I knew I was 20 some pages into this thread with lots of encouraging comments by many others on the site and I found myself about to comment on some particular subject I had been involved in myself. That’s when I looked at the dates. This thing was old, really old. Like ten years ago old. There was no point in commenting on any of this but I found it like a good book and I continued reading. Eventually I had to stop but the next morning I logged back on and looked at this a little closer. Not only was this thing started a long time ago but to my surprise there are more than 1600, yes 1600 pages of it and the big surprise, it’s still going! I opened the last page and was really shocked to see the last post was only a day or so old.

I decided to keep reading from the beginning and after more than a thousand pages I have not read a single discouraging word. Nothing but encouragement and congratulations to the members of the new camp even after it became not so new and the kids growing up and taking their first deer. I am still not quite done reading it all but I have been reading the current posts at the same time and I have posted a few times myself. I got several “welcomes” from the regulars there one of them mentioning what a pleasure it was to see this thing grow and the fact that it is still going albeit with a little less enthusiasm after all this time, and the fact that there is never any of the bickering and negative posts found almost everywhere else you look.

Life is just too short to waste dwelling on the negative side of things. In all honesty, I feel like crap again today but I am able to look outside and see sunshine and blue sky. What a great day compared to all the sunless winter weather we have had this year. I tell myself that there are many people far worse off than I and that next week brings some more testing that will hopefully stop just eliminating things and instead lead to a treatable diagnosis so that maybe I can finish all the spring projects I had planned.
Life is short, don’t be an ass hat or too politically correct, if you can’t say something nice, shut up!

I promise to follow this in the future here.