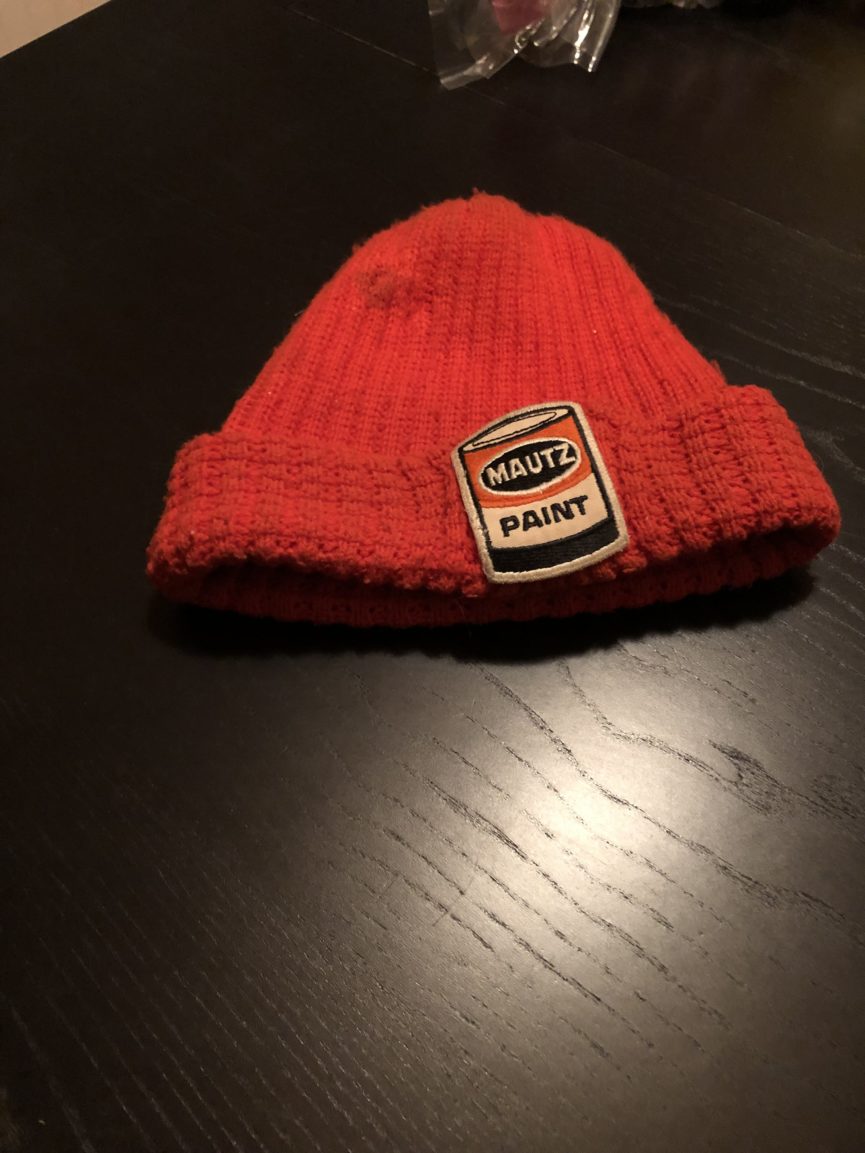 Foreward – The Other Values Derived From the Outdoors Experience

I have spent the last few evenings reading all the stories posted on Wild Game Dynasty’s blog. Many great stories and photos of hunters with their deer, bears, and turkeys but I also was struck by other values shared. Brian Smith’s story “My Buck from Dad’s Blind” posted Feb 2018 and Tom Lounsbury’s story “Take a Kid Hunting-the Future to it All is Here” posted April 2015 give a look into the intangible values the outdoor experience provides. Brian Smith paints a beautiful picture of spending time with his Dad and son at East Lake and Tom Lounsbury’s story shows how easy it is to plant the seed in a kid that will develop into a life long passion.
I have tried to develop those same values in my grandson, Charlie. I sat with him when he shot his first buck and have watch him grow into a young man; but I missed seeing how important life lessons are learned until I read his essay titled “Mautz Paint”.

Mautz Paint-
Laughter echoes out of the window of a small homely cabin perched at the top of a steep hill. Down the steps to the water the lake gently ripples through the dying lily pads. A dock sits on the side of the steep embankment and the cool air makes the red, setting sun all the more piercing. Cars drive past slowly, coming to and from the bar just opposite the fence of the small cabin nestled between fifty-foot-tall oaks. Coolers and a case of Miller High Life sit on the porch next to a crusty looking propane tank and an empty fry basket. A solitary pair of boots sit next to the door.

The dead leaves crunch under my boots as I approach the red door, stepping up on the slanting porch and grabbing a Dr. Pepper from the styrofoam cooler. As I step through the door a blast of warmth and the delicious smell of pork roast, garlic mashed potatoes, and steamed asparagus envelop me. Tony and Trenton are sitting at the kitchen table pegging along the Wisconsin shaped cribbage board. They look up, the sound of the opening door momentarily drawing their attention away from their intense game. The floor inside the door is littered with boots and the warmth from the fire made it feel like I was walking into a hug. Open beer cans sit on the table and on the window sill next to the couch on my right. PJ is sitting in one of the chairs across the small coffee table from the couch. My dad and grandpa sit down on the couch, each reading their books, drink in hand. My dad clutches a beer and my grandpa sips a scotch. Steve sat at the kitchen table spectating the cribbage game and occasionally spouting “constructive criticism” to the two chefs of the house.

It’s just as I’m unzipping my coat that I realize there’s a heated argument between Bob and Don, the two chefs, and two brothers. Donnie takes a sip of his Miller high life and proceeds to berate Bob for his method of cooking the pork roast. As the aroma of the roast reaches my nostrils I think there isn’t a way this delicacy could possibly be cooked improperly, but according to Donnie, Bob was doing everything wrong. I sat and watched, amused, as Donnie stubbornly held out against the group, despite everyone’s insisting the roast would be delicious. We all come into agreement, much to Don’s dismay, that it would just have to do, and we start to dish up. Annoyed, Don steps out, his blaze orange Mautz Paint hat perched on his head, and I can see him through the window, and hear the spark of his lighter as he ignites a cigarette.

Fast forward to the spring of my freshman year, the spring after the great roast debacle. Donnie had been diagnosed with stage four lung cancer the previous year and we’d been periodically receiving updates on his condition over the long winter months. The news wasn’t good. He wasn’t doing well. The news we received was getting increasingly worse, and the question wasn’t whether he would make it through it or not anymore; it was how long it would be until he couldn’t.

During this time I would often catch myself thinking about what life would be like knowing he wouldn’t be a constant figure as I grew up. His gruff demeanor only added to his colorful character, and even though he could be a pain in the ass I knew that things at camp would be dull without him around. Walking into the warm cabin and feeling the absence of the long john clad figure, his dirty orange hat perched on his head, and crispy bullseyes on the griddle in front of him wasn’t something I wanted to think about.

I was walking down the hallway towards door fifteen that day after lifting, and I could feel the weight of the air as if something was looming over me. My footsteps were unusually loud on the hard laminate floor. The harsh winter air assaulted me as I stepped outside and approached the red, salt-covered car. I opened the door and sat down on the cold leather seat, the look on my moms face immediately telling me something was wrong. As I was frantically running through my head what it could possibly be, she spoke. “I’ve got some sad news,” she said “Don passed away”

I felt frozen, a sick taste arising in my mouth. Not knowing what to say, I didn’t say anything. A large knot formed in my throat as I stared out the window, my warm breath fogging up the cold, icy glass. I was silent that entire car ride. Not trusting myself to stay composed. Like a tornado of feelings and emotions my mind was spinning, crashing, reeling at the thought of how different life would be without him. How different it would be sitting in the woods knowing Don’s knob was going to be empty. How different it would be knowing the bullseyes wouldn’t be waiting on the griddle when I came in from the frigid woods.

It was the fall after Donnie’s death; deer camp had arrived. Bob, Pj, Tony, Steve, my grandpa, my dad, and I all stood around a large stump in the middle of the woods. The cold air and clear blue sky made every sound ripple through the leafless trees around us, but none of us were paying any attention to the tranquil woods. We were all focused on the worn blaze orange hat sitting on the stump. It said Mautz Paint on it. Don had owned that hat for over thirty years. Thirty years. That’s a long time to own anything, let alone a hat, and as I stood there in the cold November air, staring at that beat up dirty old hat, I remembered everything. I remembered the fight over the roast. I remembered Donnie cruising by the shore in his dented aluminum boat. I even remembered him yelling at me when I didn’t fry the fish properly, but what I really remembered was the orange clad figure, sitting on a stump, on a knob.

Afterward – Even though the number of hunters has dropped 20% over the last several years; our outdoor heritage will remain strong if we model what Brian and Tom write about and develop hunters like Charlie.