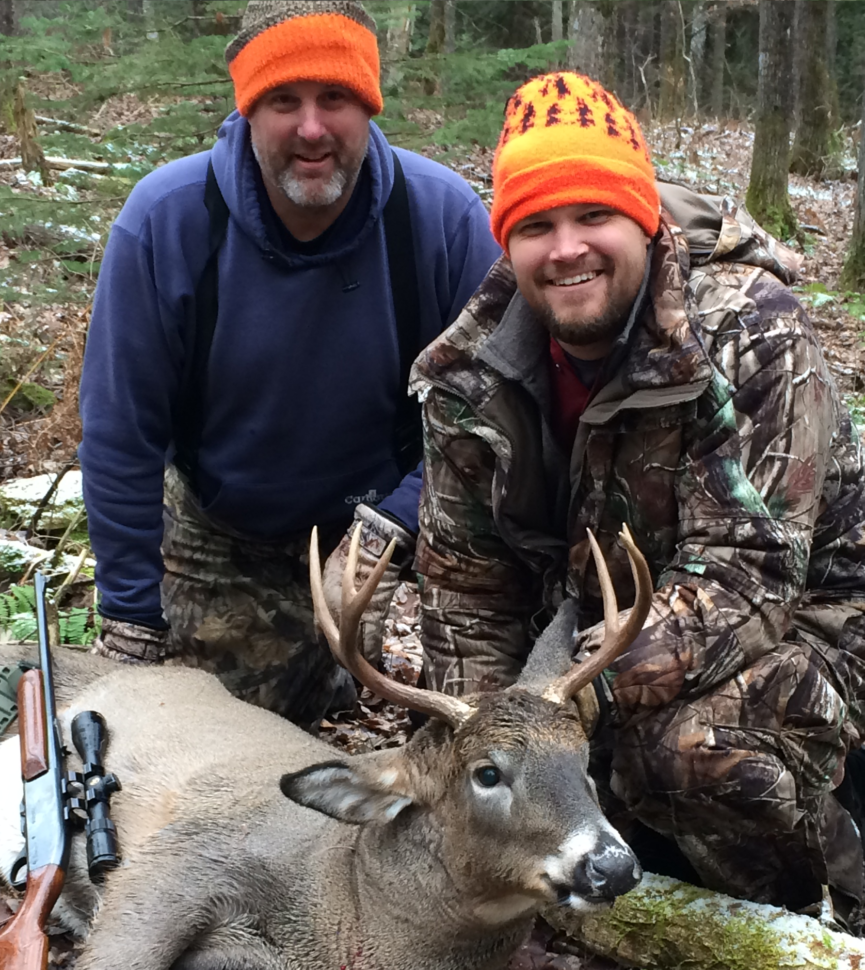 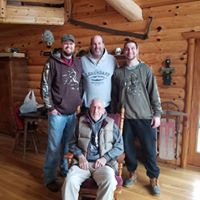 Author (top, left) with his father (center), brother-in-law and his Grandpa (sitting)

These trips are not about getting a deer.  It’s about the drive up in the truck; leaving at 4am, having breakfast in a small town diner, hearing stories from Grandpa’s past 70 years of hunting in the UP.  It’s about sharing a week with guys closest to you, but also having 12 hours a day by yourself sitting, waiting for something to move.

17 years ago, I made my first trip to the UP with my Dad and Grandpa.  We stayed in one of the small cabins at the West Shore Resort on Lake Gogebic, drove 4 wheelers a couple miles off a dirt road; over the beaver pond and through the woods.  The farther back you went, the better chance you had.

With Varsity basketball getting in the way of a few of those trips, I didn’t get my first deer until I was a freshman in college.  It was the last day of our trip and we got 14 inches of snow that Sunday morning.  Grandpa decided not to come into the woods that day — Dad and I drove the ATV’s in, hunted in the morning, and then took the stands out at noon.  Grandpa told me to sit in his blind that morning, and that’s when I shot my first deer — a spike in the UP.  One of my favorite pictures is Grandpa standing with a big smile on his face next to me and my deer strapped to the back of the four wheeler.

13 years later, I was headed up again.  The truck was newer and there was a brother-in-law sitting next to me in the back seat.  The four of us have multiple stories of tracking deer together now — plenty of times we laugh about, a few mounts on the wall, and so many trips with Grandpa that are always a blessing.  Jake and Uncle Jim were following us up with the pies in their backseat, which are always a great part of the trip.  I had made quite a few trips up north over the past years, but they were all cut short due to jobs, college, and due dates.

The past few years, since that beaver pond got bigger, we started hunting with Gary at East Lake Outfitters.  He has made it so that Grandpa has been able to make this trip into his 90’s… he has also put us in great positions to get some nice deer — but those extra memories with Grandpa are invaluable.

On our first night of this trip, Gary talked with us about what blinds we wanted to sit in.  He had a couple new spots this year, and some old favorites.  Dad, who still follows the “I’m going to walk farther than anyone” rule, talked about trying a new spot this year, and I got the opportunity to sit in his old blind to start off the season. 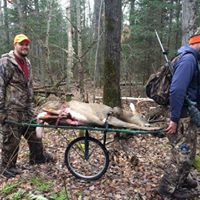 On Opening Day, I had a lot of action.  A doe and fawn kept coming back, and I had to wait until long after dark to leave my blind because there were deer all around.  The next day was more of the same; does in the morning and afternoon.  It felt like one would step out at any time.  The rest of the group was seeing some, but not much; the mood was still pretty hopeful for all though going into day 3.

Grandpa only hunted on the Opener — his knees were giving him too much pain so he spent his days with Gary, which meant he would have the opportunity to come see any of us if we get a deer.  My dad switched spots again on the morning of Day 3 — there was a new blind that was an even farther, wetter walk to get to, so he was feeling hopeful too

My morning started off seeing a couple does again, then around 9:00 I watched a small buck chase a doe in circles and couldn’t get a shot. That got me pretty excited though, and I was on full alert.  My blind looks over a bit of a valley, with hills on all four sides of me.  Around 11am, in the pine tree branches about 80 yards in front of me, I saw a vertical stick move from right to left and then disappear.  I started to get my rifle ready, and kept watching.  A few moments later, I saw a buck emerge out of the thicket in front of me, heading towards me and to the right.

I could tell it was a nice buck — bigger than any buck I had shot in the past.  I pulled my rifle up and found him in the scope.  Had at least 3 points on each side with space between and quite a bit of height; I had the green light.  He came to the right, then turned and walked, quartering towards me.  It all happened at the perfect speed.  I didn’t have any extra time, but I didn’t have to rush either.  An extra 2 seconds and he would have been gone, but once I got a clear shot through his neck, he fell right there.

The first thing I did was texted my Dad, “Big buck down!”  The guy that never missed a sports game of mine texted back and said that he was heading my way, but it would take a bit because his new spot was a long ways back and through a lot of water.  I then let Gary and Grandpa know, and they were on their way as well.

After sitting there for over an hour, Dad got to me and we walked down to see my buck.  A real nice 6 point!  So neat to be able to have that moment with my Dad, and then Gary came to help us haul it out on his one-wheel cart contraption.  We took some photos, then all three of us started the long walk to the truck, where Grandpa was waiting to see me and the deer.

Gary and I fought with that one wheeled contraption for a long time.  We switched sides, changed techniques; it came down to it was easier for Gary to do it without me.  I wasn’t going to let him do it by himself and then walk next to him without helping, so I decided it was best to just turn back to my blind and let him get the deer back to the truck. 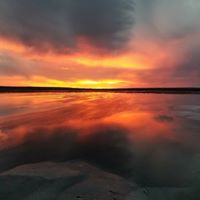 To this day I still regret not being there when my Grandpa saw the deer.  Although we got to see it together that night and share the stories, I’ll never have that opportunity back; I sure hope there is another chance in 2018.

Thank you Grandpa for making these trips special; thank you Dad for focusing on getting everyone else a deer instead of yourself; thank you Adrian for teaching me to take it all in; and thank you Gary for being the guide that makes this all possible.  We will see you in November.