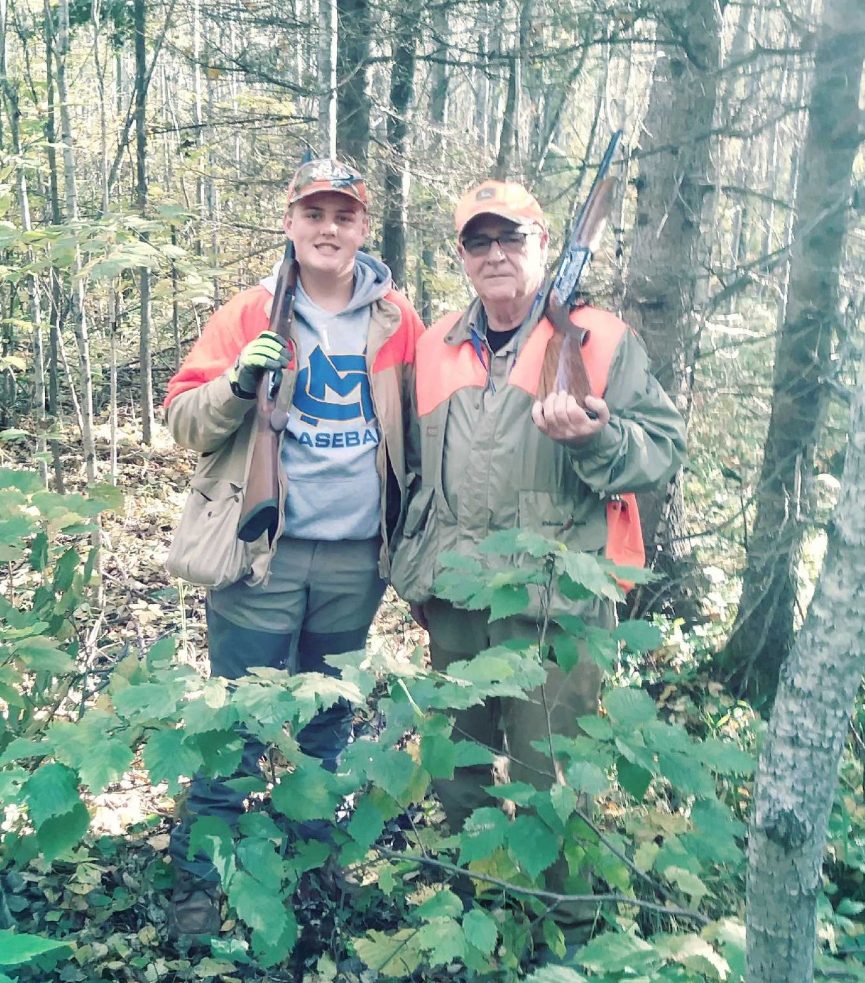 Perhaps man has an innate desire to answer the most profound questions of our time. “Who killed Kennedy? “Are we alone?”  And, “How the blooming did I miss that grouse?” These questions seem to entangle us with an unending thought often leading to a conclusion:  There are questions we will never understand! 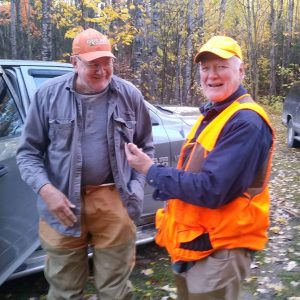 Nevertheless, each year around mid-summer our hearts begin to draw attention to the fact that grouse season in MI is not far off. Being from a rural area in Eastern KY, where once grouse was plentiful but now they are not, it is with great effort that a few of us travel 650 miles North to the grouse woods of mi. Our hunts last generally three days, but this year it was four. “That was all the dogs could take”! We understood what the dogs were feeling when we would stop at a rest area on our way back home.

Giving ourselves and the dogs a troubled-walk, hoping that a member of PETA was not also at the same rest area.

The drive north is at times a sight to behold. From Gaylord to the bridge in the late evening, when the sun is casting light upon the fall colored leaves on the trees located on the rolling landscape the ancient glaciers sculped, can cause an unbeliever question. As we cross “The Bridge” wind whips the water in the strait into a frenzy, making little whitecaps as darkness is not far off. The excitement builds! 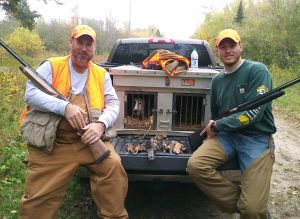 There are two ways we hunt grouse in MI. The first is we split into groups of two or three, take one dog and go our way. If the dog is a good grouse dog it will find the grouse, point the grouse, and if “we can hit it” will retrieve the grouse. Sometimes, under the best circumstance, “the dog has the grouse pointed and the hunters are on both sides of the grouse” grouse flushes, guns blazing to empty, grouse flies away unharmed. The hunters, the dog, ponder the moment!!

The second way we hunt grouse in MI is to find a clear-cut, take two dogs, four or five hunters. Spread out through the clear-cut with someone on each edge. Let the dogs be the guides through. When the dog points the hunters closest to the dog tries their luck at it. Very exciting at times!! 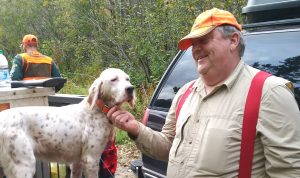 A game warden stopped us once and ask, “do you all go into the woods with these dogs”? When we informed him “yes”, he said that we were a dying bread. “Most people” he said, “just hunt the roads”. I hope he didn’t think we would pass up a grouse on the road! It is difficult to be a purest, meaning, the only time one should kill a grouse is from the point of a dog, when we have traveled 650 miles to hunt grouse. We don’t kill the grouse to throw them over the hill. We kill them to eat them. Thus: a grouse is a grouse is a grouse! 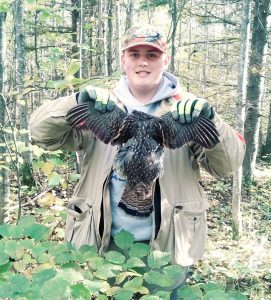 Our group of hunters have been going to the U.P. on a yearly hunt since 2009. This was our 13th year and the hope, challenge, excitement has not diminished. we love the time of the year, Oct 6th – 11 this year (2 days to travel, 4 days to hunt). we enjoy the good people we meet who are always asking, “You doing any good”? The beauty of the woods and wildlife that seem to know that winter is around the corner. It is so sad for me to leave the U.P. knowing it will be soooo long before we can experience this again. Another question develops in my mind at this time, “Will I live long enough to be back?”  Another question I have not the answer to.