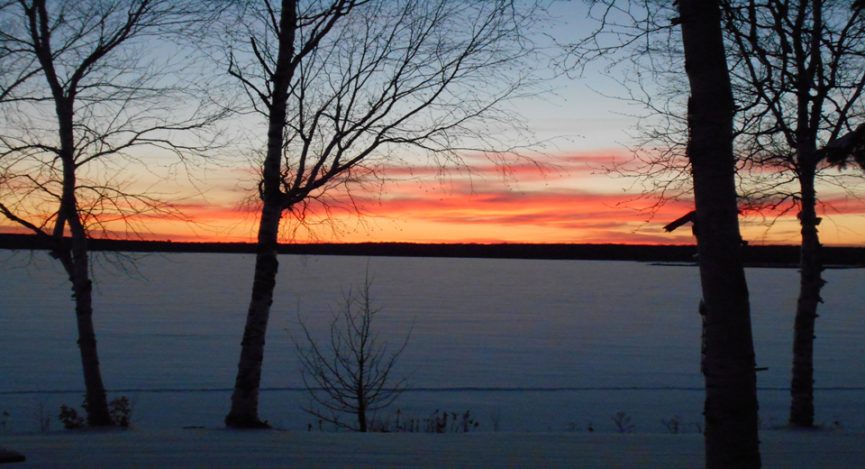 In the midst of a busy lifestyle…time is of the essence.   I won’t argue that point because most people don’t have time to listen anyway.  But as I listened to a couple of my hunting buddies talk about driving up north a day or two before the start of their season with bait-in-hand…I must say, “really?”  You see, I rode up with them a few years’ back.  Every couple of miles I heard a noise come from one of their cell phones.  Then the other’s cell phone must have rung a half dozen times.  I finally spoke my mind and asked if this was all work-related or whether they simply “can’t miss communications from the fam?”  As it turned out, almost all of the above was work-related, or at least violated our prior agreement to unplug from down below before heading up (north, that is).

In years past, our northern hunting trip began months before the season started.  In fact, it began as soon as the snow melted but before the black flies and mosquitoes hatched.  Usually in early May we’d head up north and scout our hunting areas.  This included valuable time back at camp talking about passing years with the promise to keep our tradition moving forward.  Waxing nostalgic, I “perspectivized” the whole deer hunting process, comparing it to a great relationship – one that’s revered as a year-round commitment and not just that special something that comes off the shelf in the eleventh hour.

Our 3 ½ hour northbound road trip included our usual stops to refuel our tanks and stomachs with even our snack choices being predictable.  All aspects of our journey revealed our “creature of habit” mentality. This was even evident in our efforts to maintain deer camp so it was in the same order when we left as it was when we arrived.  We didn’t want a surprise at camp or at our hunting spots.  And of course, everyone had their place in camp, from what bed each person slept in, specific chores, etc.  There was no need for names on coffee cups – you always knew which cup was yours despite the array of mismatched cups. That first cup of coffee gave us a sort of “welcome back to camp” feeling.  It was a time when camp seniority meant a little something, like getting your cup refilled by the greenhorn without being asked.  One year someone forgot to bring the coffee to camp.  As Frank Barone from Everybody Loves Raymond would say… “Holy crap!”  Don’t ask what was really said before the greenhorn drove 10 miles to the nearest store to pay twice as much for the same amount.  It was something we enjoyed discussing year after year.

I can still remember my first time going up north with the veterans.  For me, deer hunting took on a whole new persona.  I remember having a long list of questions leading up to the northern adventure that I would ask the soon-to-be former greenhorn.  His response was, “Don’t worry about it.”  It all soon became crystal clear during one of our summer “let’s check out the hunting spots” trips.  By the end of that long weekend, the deer hunting trip had already played out in my mind; I could hardly wait until November.  My mental check list of hunting clothes, gun, ammunition, etc. were reviewed often.  In other words, there was no chance I was going to forget the coffee!  Greenhorn or not, that re-told story is going to hang over the other guy’s head for a long time if I have anything to say about it.  But damn it, I had to borrow a pair of insulated boots that first year – live and learn!

There were years we tagged out and years in which deer were downright sparse.  We always finished the season with the same feeling…a sense of being refreshed, renewed and “all is good.”  The higher seniority guys (I did not say old) made sure the cabin was properly winterized.  They also made sure I mopped the floor properly, washed up all of the dishes and set out the mouse bait.  I found out there was also a proper way of hanging the coffee cups. Yes, there was even a certain order in which they were to be hung.  Later I think I realized the cups may represent who was in camp that year.  It solidified my realization that little things mattered.  Little things sometimes represented big things.  For a camp that allowed a stiff draft through the single-paned windows, especially when the wind was straight out of the north, it was treated with utmost respect.  After all, our coffee cups were hanging in there.

…Back to the cell phone ringing in one guy’s ear and the texting audible in the other’s. As we approached the Mackinac Bridge northbound, we noticed a pretty sizeable lineup at all the toll booths.  My feeling was “Oh, well,” but it was obvious my two hunting companions felt differently.  I looked outside my window in the adjacent line noticing a travel trailer being pulled dressed in full camouflage with a spray-painted portrait of Bullwinkle on the side.  It seemed typical that time of year, causing me to alert the other two to take a look.  They did without reply…one with the cell phone affixed to his ear.  When we got to the toll booth I noticed the employee was the same one that took our money this past summer.  After we refueled at the Holiday gas station, we were on our way with another hour’s drive to go.  That feeling in my gut always intensified as we got closer to camp, something that those distracted with the other details of life just don’t get.  Was the camp the same as we left it?   I noticed the coffee cups were still in the drying rack near the kitchen sink and that small change irritated me.  Soon the draft coming through a window had me whining.  It wasn’t long before we’d unpacked all our essentials and were ready to head out to our hunting spots to give them a once-over before the opener.

I remember that same feeling, that sense of anxiety that would intensify as we drove closer to where they would drop me off.  There was a turnout there, but they drove down the two-track further before I grabbed my backpack and a bit of deer feed to hit my site.  After a 20 minute walk, a few flushed partridge, a new buck rub and no sign of anyone else hunting my area, I arrived to find my spot just as I’d imagined it to be. A couple rounds of Pre-scouting gave me confidence that the deer sign supported a reason for the spot selection and I was not disappointed.  And hopefully, if another person had happened upon my spot, their hunter etiquette would kick into full gear and they’d move onto another area.  But then again, back-up spots are there for a reason, too.  If nothing else, they provide a better vantage point for that off-wind day of hunting versus blowing your “A” spot.  Both spots offered a pinch-point, an area where deer naturally travel from one terrain to another.  This is definitely not a “feed them and they will come” method, but rather a way of “spreading a little love” to their daily travels.

And in the end, said my dear, “And I’ll fix you a little venison to eat.”  Welcome home, cowboy.