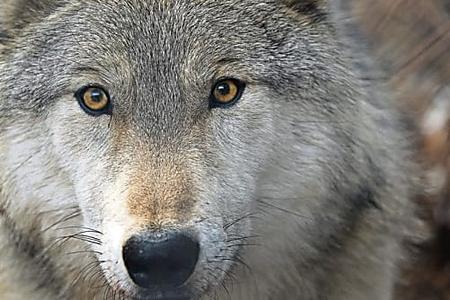 At a wolf symposium in Grand Junction (Colorado) in August of 2018, Dr. Valerius Geist stated:
“I’m here to tell you why the wolf does not belong in settled landscapes. Wolves do unbelievable damage to wildlife, they do great damage to agriculture, they pose a real threat to public health and safety and they kill humans under now well-known circumstances. Moreover, after all the pain, suffering and depredations that wolves inflict on people in settled landscapes, after the enormous public expenditures to maintain wolves, all the effort and costs are for naught because in settled landscapes wolves degrade via hybridization with domestic dogs and coyotes into worthless hybrids — coydogs and feral dogs. …what is being done with wolves with legislation here and in Europe has nothing to do with nature conservation. It is a very expensive, brutal and mindless way to destroy real wolves.”

Dr. Geist is a behavioral ecologist and professor emeritus of environmental science who served on the faculty of environmental design at the University of Calgary, Calgary, Alberta, Canada. He is recognized as one of the world’s most respected authorities on the behavior, ecology and conservation of North American wild cervids. He holds PhDs in zoology and ethology, is the author of 13 books on environmental design, wildlife conservation policy, and the behavioral ecology of moose, elk, mule deer, whitetail deer, antelope, wild sheep and mountain bison. Additionally, he is co-editor of the book “The North American Model of Conservation,” the most democratic and sustainable wildlife management system the world has ever seen.

Dr. Geist went on to say “…when wolves are introduced into Colorado and are free to multiply, your moose will be exterminated, and your deer and elk will be exterminated — except insofar as they can find shelter from wolves on private lands, as well as in hamlets and suburbs …”

And finally, “The introduction and spread of wolves into the United States will one day — not now — be considered a disaster in wildlife conservation with nothing to celebrate…. This is not merely a breakdown in conventional wildlife management; it is a breakdown in governance.”

L. David Mech, PhD, senior research scientist with the U.S. Geological Survey and director of the International Wolf Education Center testified to the FWS in May of 2008 that, “The non-governmental organizations that federal and state wolf promoters have ‘been in bed with’ for several decades have parlayed wolf recovery into a never-ending billion-dollar enterprise, and used tainted science and activist judges to support their destructive agenda.”

Dr. Mech is the internationally-recognized authority on wolf behavior, and co-author of the definitive work, “Wolves — Behavior, Ecology, and Conservation,”

So, let’s just call a spade a spade, shall we? The proposal by quasi-environmentalist organizations like Rocky Mountain Wolf Action Fund to force Canadian gray wolves onto the Colorado landscape isn’t really about “restoring the balance of nature” to our wilderness at all. It’s not even about conservation. It’s about power, politics and money. Big money. Your money. Billions of dollars’ worth.

And all that romantic prose they’ve been spoon feeding us for the past 30 years about how wolves are harmless, cuddly, misunderstood creatures that romp across the wilderness bringing our game herds into check, happily restoring the balance of nature and otherwise saving the environment from the evil, destructive acts of humans is a bunch of sugar-coated, flat-out baloney — pure anti-hunting, anti-ranching, agenda-driven political propaganda they use to solicit contributions to fund anti-hunting campaigns and pay their high-dollar lawyers to launch lawsuits against state wildlife managers.

They know it. We know it. And they know that we know it. But rather than defer to the scientific findings and recommendations of North America’s leading ecologists and professional wildlife managers, they persist in trying to force their phony “save the wolf” scheme on Colorado through a ballot initiative this coming November.

Note:  This article was republished with permission from the author, Dennis Smith of the Loveland Reporter – Herald.  Dennis can be reached at dsmith7136@msn.com